It has been suggested that the beneficial effects of intensive compared to standard treatment of systolic BP (SBP) on the primary outcome of cardiovascular events (CVE) and all-cause mortality (ACM) in the SPRINT were due to increased diuretics use in the intensive arm.

In a post hoc analysis of SPRINT, we used time-dependent Cox analyses to examine if adjusting for diuretic use during follow-up attenuated the effects of intensive treatment on CVE and ACM. We also examined the interactions of diuretic use with the SBP interventions to assess the presence of effect modification. 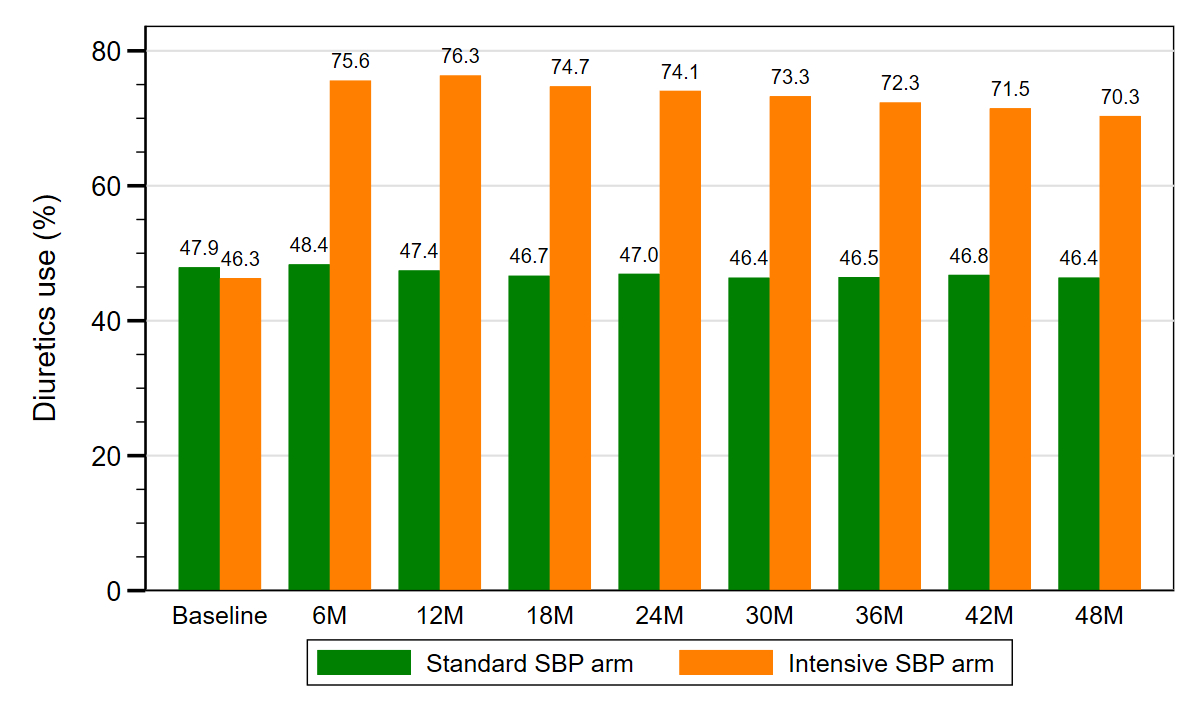 Participants on diuretics over time.