The use of e cigarettes and vaping is linked to the development of lung injury (EVALI). We present a case of ANCA (antinuclear cytoplasmic antibody) vasculitis with atypical Anti GBM (glomerular basement membrane) antibody in a patient with EVALI. 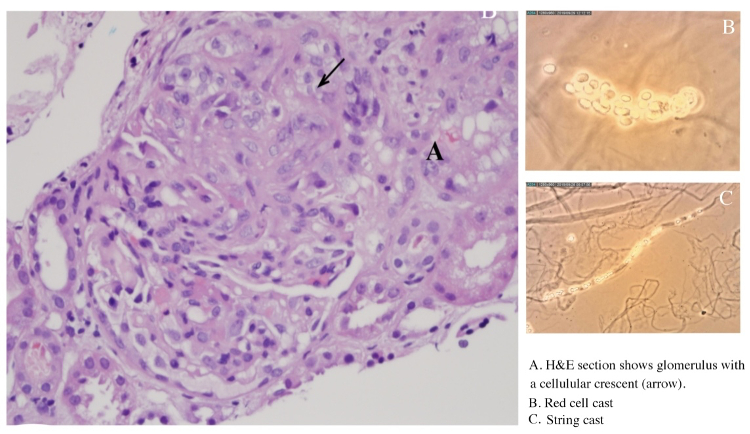