IgA Nephropathy (IgAN) has variable clinical manifestations and a 30% recurrence, which is typically a late complication in renal transplant recipients. Ocular involvement in patients with IgAN is extremely rare. Thus, eye findings as a predictor of worse prognosis, including higher risk of recurrence, remains unexplored.

The pivotal role of the complement system has been implicated in IgA deposition between the retinal pigment epithelium (RPE) and Bruch’s membrane, a complex exposed to circulating immune complexes similar to glomerular basement membrane. To our knowledge, this is the first reported case of IgA maculopathy involving subretinal deposition with recurrence of primary disease in the renal allograft within 1 year. Given the lack of non-invasive testing and dynamic clinical features encompassed by IgAN, the link between ocular pathology and patient-specific morbidity including recurrence, despite clinical improvement in initial eye disease, needs exploration. 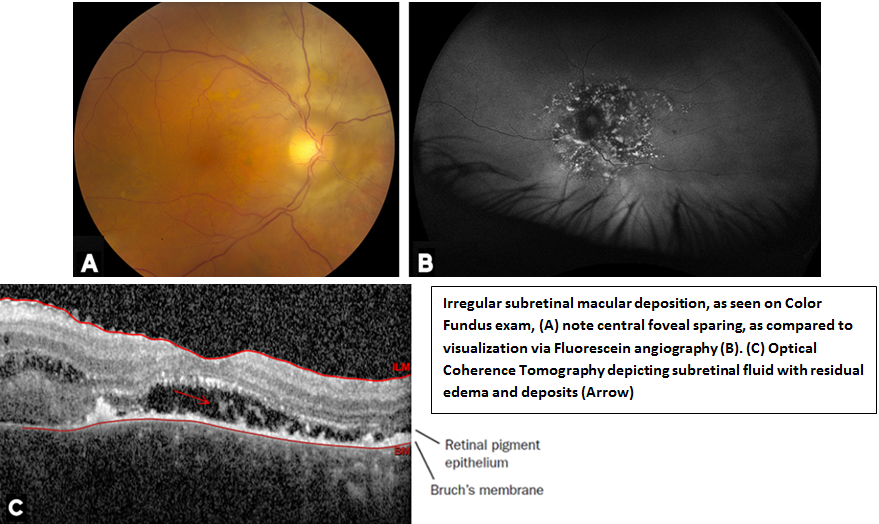