The Prognostic Value of Chronic Histopathological Lesions in Monoclonal Immunoglobulin Deposition Disease: A Clinicopathological Analysis of Patients from a Single Institution

The Prognostic Value of Chronic Histopathological Lesions in Monoclonal Immunoglobulin Deposition Disease: A Clinicopathological Analysis of Patients from a Single Institution

Kidney is the most common involved organ in monoclonal immunoglobulin deposition disease (MIDD), which could lead to end stage renal disease (ESRD). Few studies have evaluated the association between the irreversible chronic histopathologic lesions and clinical features, and its prognostic value in renal outcomes in MIDD.

A series of 20 patients with MIDD and 20 patients with renal AL amyloidosis proven by renal biopsy between January 2001 and December 2018 were reviewed retrospectively. The degree of chronic changes including glomerulosclerosis, interstitial fibrosis, and arteriosclerosis were semiquantitatively scored and the overall chronic lesions were also graded based on the grading system proposed in 2017. The association between histopathologic lesion and clinical manifestations, and the correlation with risk of progression to ESRD were investigated.

The extent of overall chronic changes and the overt interstitial fibrosis provide information both about baseline manifestation and renal survival. Carefully grading and evaluating the chronic changes in MIDD may help guiding the treatment and accessing the renal outcomes. 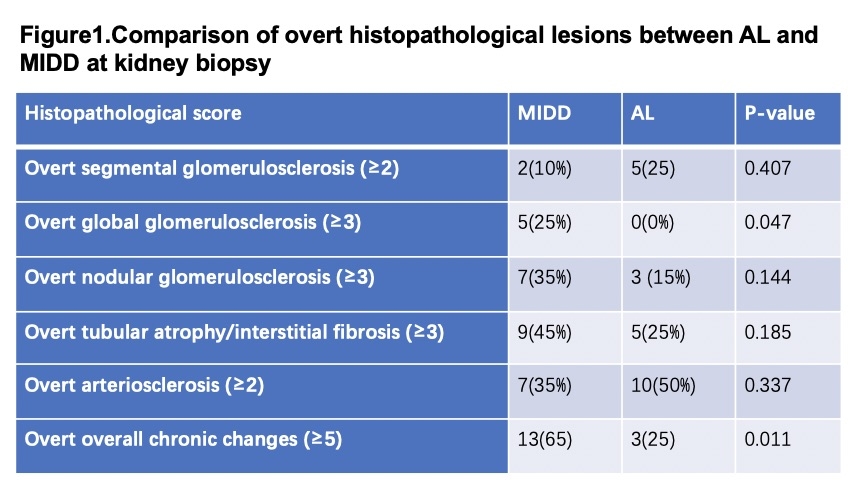 Figure 1.Comparison of overt histopathological lesions between AL and MIDD at kidney biopsy