The Compositional and Functional Changes of Gut Microbiota in Crescentic Glomerulonephritis

The Compositional and Functional Changes of Gut Microbiota in Crescentic Glomerulonephritis

A comparative analysis of the gut microbiota was performed in 10 CreGN patients and 10 matched healthy controls by 16S rDNA amplicon sequencing, and half of each group were also analyzed by metagenomics for further function analysis.

Gut microbiota in CreGN differed at compositional and functional levels compared with healthy controls, and correlated well with renal injuries. 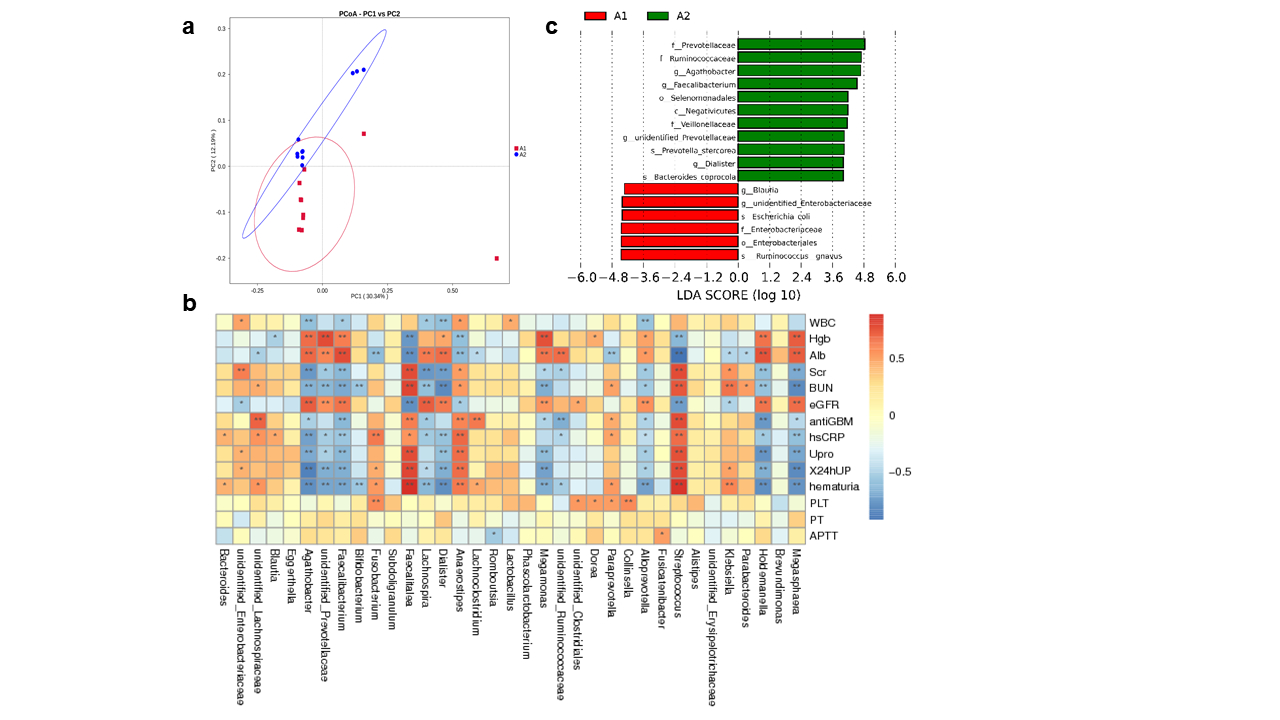