Risk Factors and Outcomes of Acute and Refractory Antibody-Mediated Rejection

Risk Factors and Outcomes of Acute and Refractory Antibody-Mediated Rejection

Major gaps remain in our understanding of antibody-mediated rejection (AMR) after kidney transplantation. We examined incidence, risk factors, response to treatment, and effects on outcomes of locally-managed AMR at 7 transplant programs in the Long-Term Deterioration of Kidney Allograft Function (DeKAF) prospective study cohort.

Consecutive kidney or kidney-pancreas transplant recipients were enrolled in the DeKAF study from October 2005 through April 15, 2011. To determine the effect of AMR on death censored graft failure (DCGF), we performed Cox proportional hazards analyses including AMR as a time-dependent covariate.

Patients with AMR had substantially greater risk of DCGF compared to patients without AMR. While patients with refractory AMR were more likely to lose their graft compared to non-refractory cases in the first year following the AMR diagnosis, the likelihood of graft survival after that year was the same regardless of response to treatment. 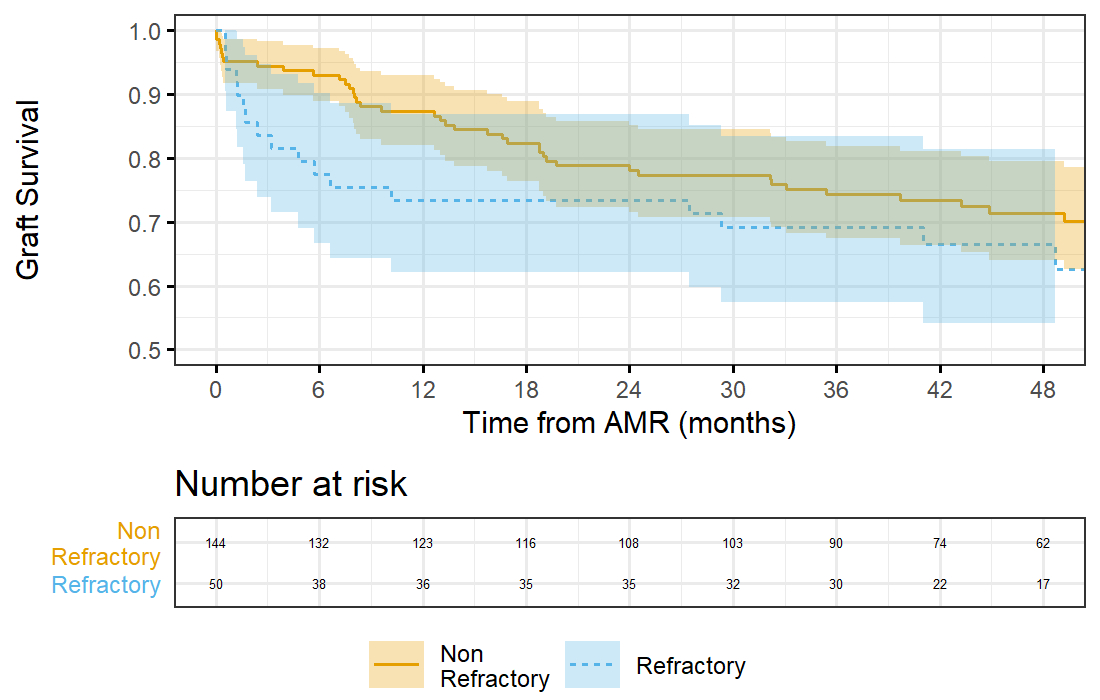