We have developed a novel open source ultrasound software program that measures vascular strain and distensibility using conventional ultrasound Digital Imaging and Communications in Medicine (DICOM) data for use in the dialysis vascular access setting. In this study, we evaluated the variation in measurement from operator point selection and physiologic beat to beat variation of the arterial wall.

Ten subjects scheduled for arteriovenous fistula (AVF) creation were enrolled in the study. Ultrasound scanning of the brachial/radial arteries was performed. Ten users were prompted to select two points of interest at the top and bottom of the arterial vessel wall in each of the ten subjects. These points were tracked using the Kanade-Lucas-Tomasi (KLT) tracking algorithm.

Despite the low resolution of conventional DICOM images, we are able to measure sub-millimeter distensibility. In order to better understand the physiologic variation in vascular wall compliance, a formalized approach to point selection is needed. We are evaluating algorithms and statistical ensemble methods for use in studies to predict AVF maturation. 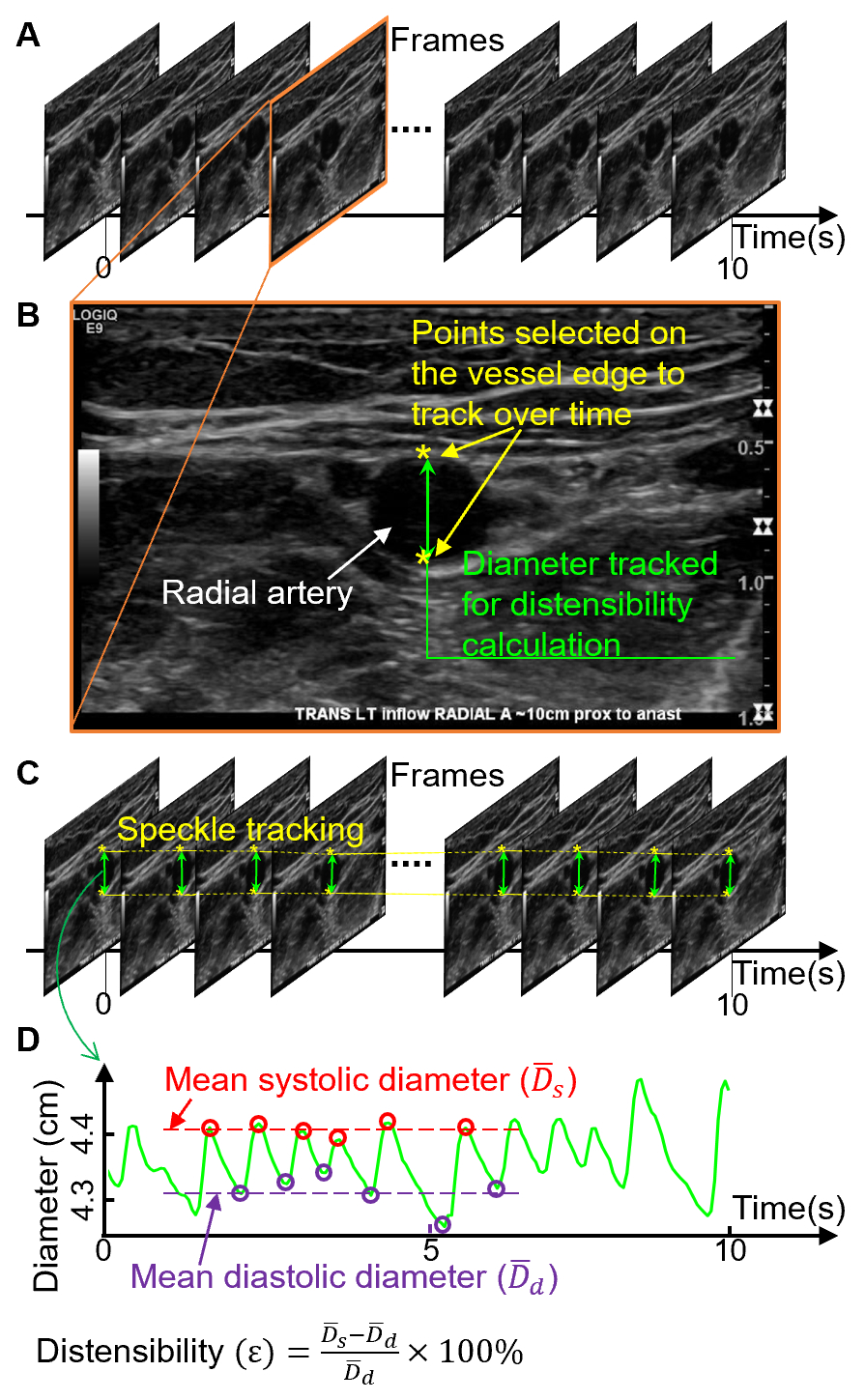