Jackstones are urinary stones that have arm-like extensions from the body of the stone. This morphology of stone has been long recognized but poorly studied.

Jackstone arms consisted of an X-ray lucent core (high in protein by IR) and a tightly layered calcium oxalate monohydrate (COM) shell that matched the COM on the stone body. The layering in the shell regions showed that the arms had grown at a faster rate away from the center of the stone than had the stone body. Microscopy studies showed brilliant autofluorescence in the core region but less in the COM shell. Immuno-staining showed that THP content was richer in the core region than in the COM shell. Figure 1A shows surface rendering of jackstone by micro CT. B: Slice through micro-CT image stack to show the x-ray lucent cores of two jack arms from A. C & D show negative controls (no primary antibody) for human cortical tissue and demineralized jackstone arm cross-section. Panel E shows a positive control for THP in human renal tissue (black arrowheads). Panel F shows THP aggregation in the core of the jackstone arm (white arrowheads).

We hypothesize that the protein-rich core of a jackstone arm preferentially binds more protein from the urine and resists deposition of COM, such that the arm tip grows rapidly, with the sides (shell) of the arm being covered with COM layers just like the body of the stone. This hypothesis points to enrichment of growth-accelerating proteins in the core of the jack arm, which bind preferentially to the protein-rich tip but which bind less avidly to the COM surface of the stone. Identificaiton of such proteins could provide clues as to how proteins modulate the deposition of mineral layers in kidney stone growth. 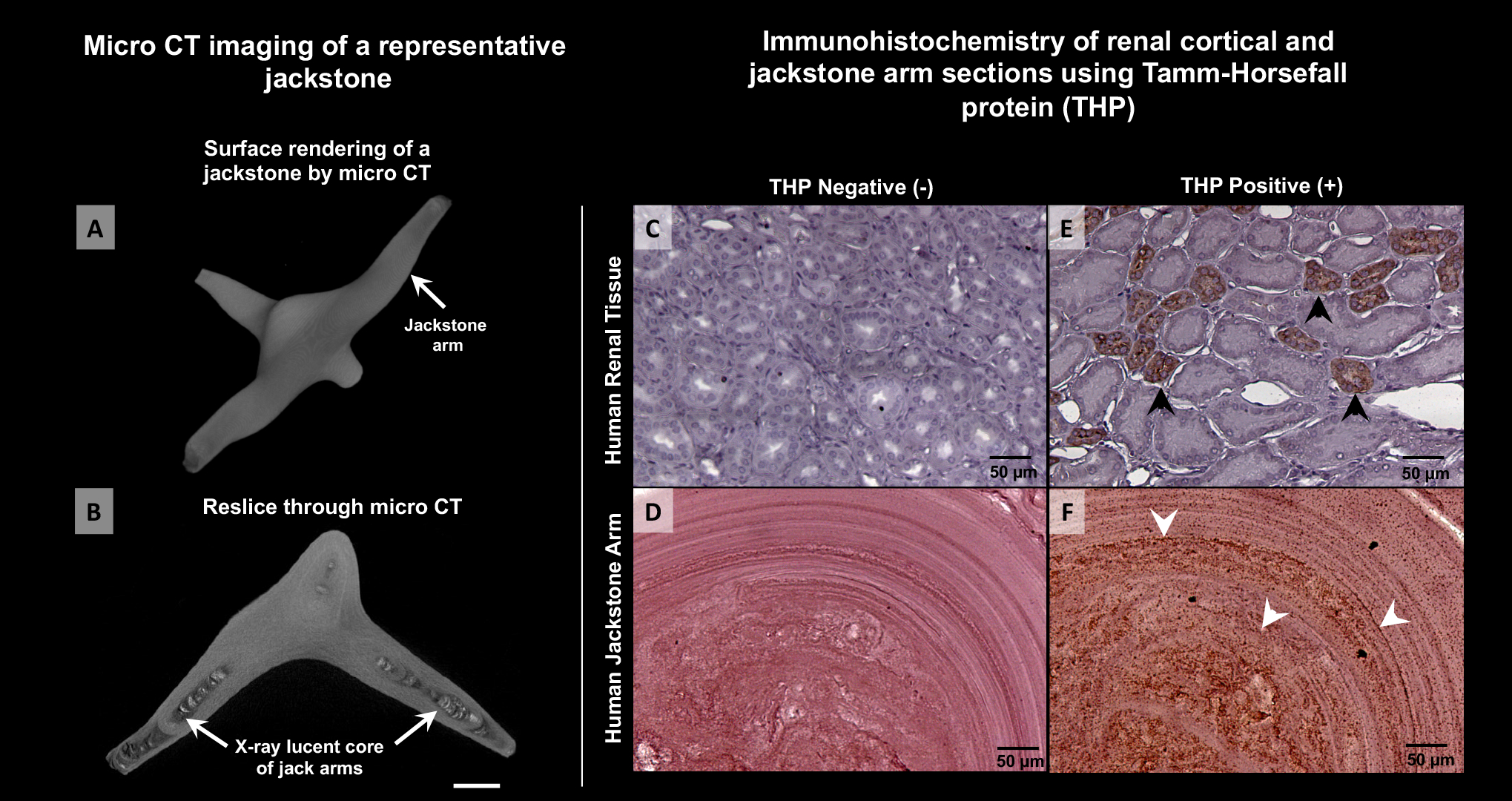