Calciphylaxis and Ectopic Parathyroid Gland: Chicken or the Egg?

Calciphylaxis and Ectopic Parathyroid Gland: Chicken or the Egg?

Calciphylaxis is a vascular calcification disorder that is clasically seen in patients(pts) with end stage renal disease on hemodilaysis. It is most common in caucasian females and risk factors include hypercalcemia, hyperphosphatemia, hyperparathyroidism, coumadin use and iron therapy. This is a case of a patient with severe calciphylaxis, ectopic primary hyperparathyroidism with chronic kidney disease(CKD) not yet on dialysis.

64 year old female with CKD-4, obesity, HTN, pulmonary embolism not on anticoagulation, undiagnosed mediastinal mass came with lower extremity pain and a non-healing ulcer over the left anterior shin. Initial labs showed BUN:68mg/dl, Creatinine:5.4mg/dl, Calcium:11.3mg/dl, PTH:3,059 pg/ml. She underwent punch biopsy of the skin lesion that was consistent with calciphylaxis and was subsequently initated on hemodialysis and sodium thiosulphate infuson. A nuclear uptake scan showed an anterior mediastinal mass that was consistent with ectopic parathyroid adenoma after surgical excision.

This case highlights a rare cause of calciphylaxis in a pt. with undiagnosed ectopic primary hyperparathyroidism and CKD. Our pt. had hypercalcemia and a mediastinal mass which upon work-up was found to be a hypersecretory ectopic parathyroid adenoma that likely triggered her calciphylaxis in the setting of concomitant secondary hyperparathyroidism due to chronic kidney disease as evident by hypercellularity of the reamaining three parathyroid glands. Only 12 known cases of calciphylaxis are attributed to primary hyperparahtyroidism and none due to an ectopic adenoma. Our pt. underwent hemodialysis, parathyroidectomy of the adenomatous gland and sodium thiosulphate infusion after which her PTH and calcium levels significantly improved and her skin lesions healed with no recurrence. 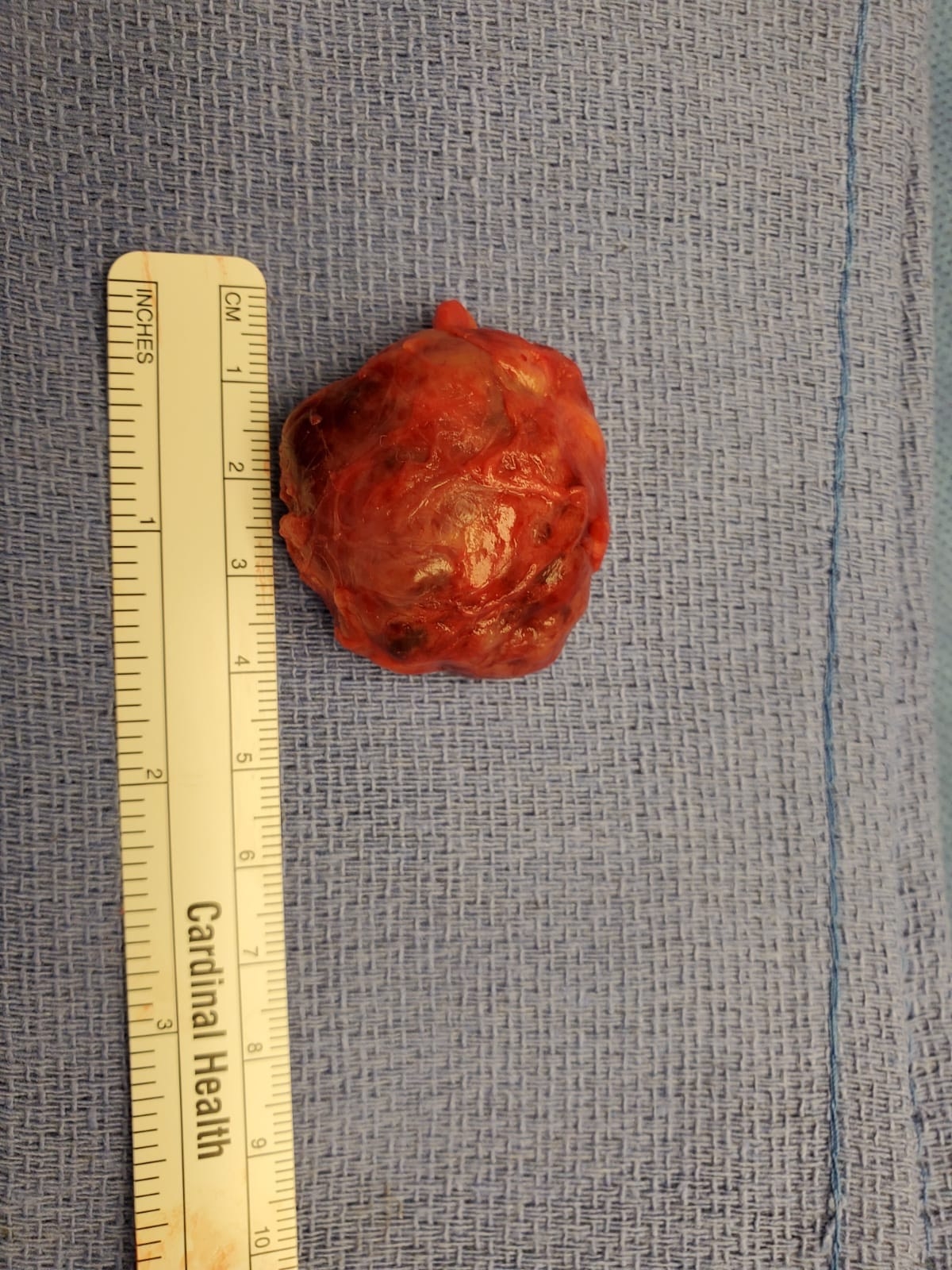