Bartonella Buried in the Aortic Valve

Bartonella Buried in the Aortic Valve

A 46 year old male presented with leg rash and swelling. Physical exam was notable for diastolic murmur in aortic area and a systolic murmur in the mitral area and non blanching purpura on the lower extremities.
Labs showed BUN 18mg/dL, creatinine 1.54 mg/dL. Urinalysis showed non nephrotic range proteinuria and urine microscopy showed dysmorphic hematuria.
ANA was 1:160, RF was 541 IU/mL, complement C3 and C4 levels were low and serum cryoglobulin was positive. ANCA titer was elevated with myeloperoxidase ANCA of 38 AU/mL and serine proteinase 3 ANCA of 580 AU/ml. Anti-Smith antibodies were 68AU/ml.
Echocardiography showed severe mitral and aortic regurgitation with mitral and aortic vegetations. Ceftriaxone and vancomycin were started after blood cultures were obtained which remained negative. The aortic valve was replaced with mitral and tricuspid valve repair. Bartonella Quintana IgG titer was positive at 1:1024. Valve tissue cultures were negative and tissue PCR was positive for B. Quintana. He was eventually started on gentamycin and oral doxycycline. Creatinine 1 month later was 1.2 mg/dl.

Bartonella is the most common cause of culture-negative endocarditis in the United States with a reported association with pauci- immune glomerulonephritis. In our case serological testing and valve PCR were helpful in establishing the diagnosis. In conclusion, SBE induced glomerulonephritis with false positive serology for ANCA can mimic the clinical features of ANCA associated glomerulonephritis. Intense immunosuppressive therapy can have catastrophic consequences. We recommend considering the possibility of SBE in all patient with dual positive ANCA with hypocomplementemia, positive ANA and a positive RF. 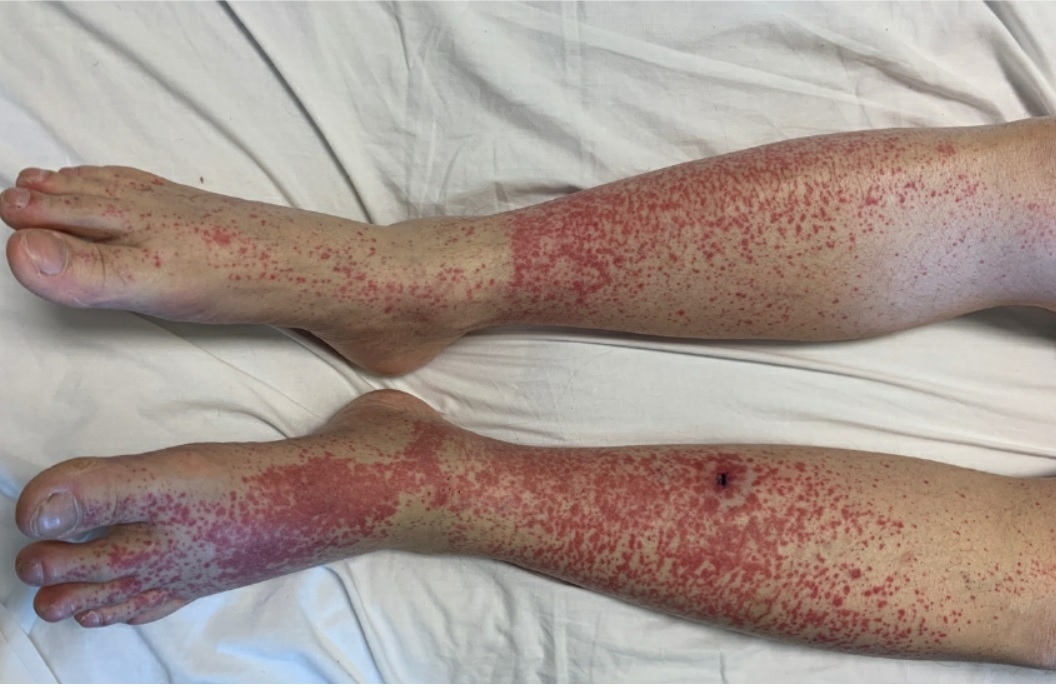