Atypical hemolytic uremic syndrome (aHUS) is a rare side effect of gemcitabine. Here, we report a case of gemcitabine-induced aHUS successfully treated with eculizumab, with subsequent use of eculizumab to prevent recurrence of aHUS after reinitiating gemcitabine.

A 29-year-old male with intrahepatic cholangiocarcinoma on gemcitabine and cisplatin was admitted with AKI. On presentation, he was newly hypertensive to 162/108 mmHg and edematous. His labs were notable for a serum creatinine (SCr) of 1.19 mg/dL (baseline 0.6 mg/dL), hemoglobin 8.8 g/dL (baseline of 12.6 g/dL) with reticulocytosis, platelet count 190 K/µL, LDH 635 U/L, haptoglobin <10 mg/dL, schistocytes on blood smear, and a normal ADAMTS13 level. Urine studies revealed hematuria, proteinuria, and granular casts. Gemcitabine and cisplatin were discontinued, yet his SCr continued to rise to 2.12 mg/dL, LDH to 1222 U/L and platelet count fell to 77 K/uL. Eculizumab was initiated and his creatinine improved to 1.14 mg/dl, and his LDH, platelet count, and haptoglobin normalized. Eculizumab was stopped after 2 months without subsequent recurrence. He was reinitiated on dose-reduced gemcitabine and cisplatin due to progression of his cancer despite multiple alternative chemotherapies. Eculizumab was reinitiated concurrently with gemcitabine and continued biweekly. His blood pressure, SCr, haptoglobin, LDH and platelet count remained stable. Unfortunately, he died due to cancer progression 3 months later. Figure 1 summarizes his treatment and laboratory course. 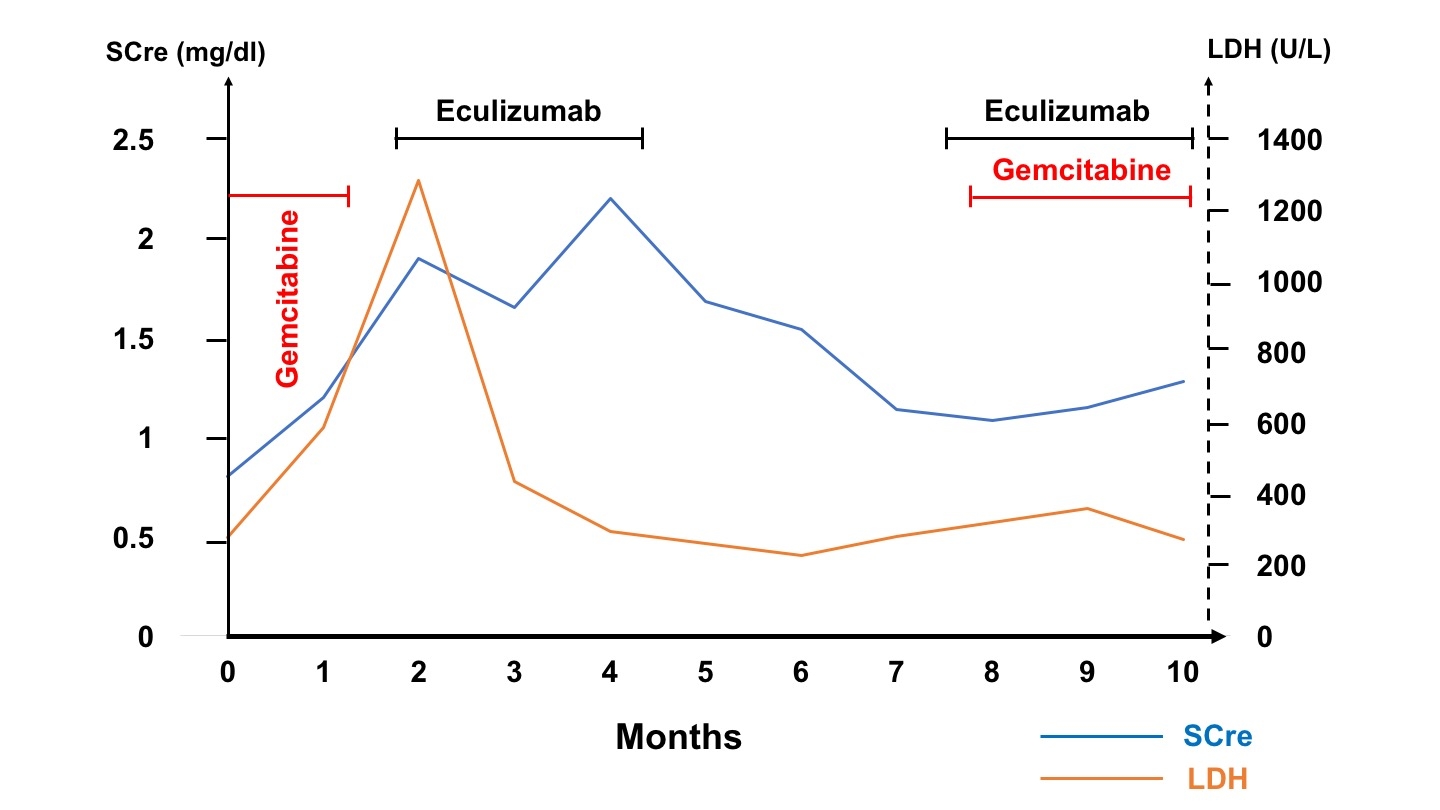