Fixing the Kidneys to Fix the Heart: BRASH Syndrome, a Case Report

Fixing the Kidneys to Fix the Heart: BRASH Syndrome, a Case Report

BRASH (bradycardia, renal failure, AV-nodal blockade, shock, and hyperkalemia) is a multi-system syndrome. Immediate potassium removal is necessary and will result in resolution of cardiac arrhythmia.

A 69 y/o male presented with generalized weakness, oliguric for 2 weeks and subsequence anuric. Lab was significant for hyperkalemia (6.2). EKG showed sinus bradycardia (HR 30), but without pathognomonic features of hyperkalemia. (Fig 1) Medical history significant for nephrectomy from an MVA injury, and IgA nephropathy s/p right renal transplant, hepatitis C, diabetes on insulin, and heart failure on Carvedilol 25mg BID. The patient was admitted to ICU and treated with calcium gluconate and insulin. Cardiology team was consulted for temporary pacers with eventual pacemaker insertion planned. However, upon discussion with the nephrology team, suspicion of BRASH syndrome was raised. Urgent CRRT was started. Rapid correction of potassium resulted in normalization of heart rate immediately. The patient received CRRT for 24 hours, and discharged on scheduled hemodialysis.

BRASH syndrome is an uncommon presentation of a vicious cycle in the setting of hyperkalemia from acute kidney leading to the accumulation of AV node blockade medications. This synergizes bradycardia and hypoperfusion. Hypoperfusion, in turn, worsens renal failure leading to a cycle that continues until the patient deteriorates into lethargy, shock, and potentially death. Nowadays, despite commonplace to see patients with chronic kidney injury and cardiac diseases requiring AV nodal blocking medication, BRASH is still an underrecognized syndrome with only a handful of reported cases. Mild hyperkalemia without EKG changes make this diagnosis difficult, as such it is vital to recognize this syndrome from a multi-organ perspective - treatment with immediate correction of potassium via CRRT or hemodialysis can result in resolution without unnecessary transvenous pacing or pacemaker insertion. 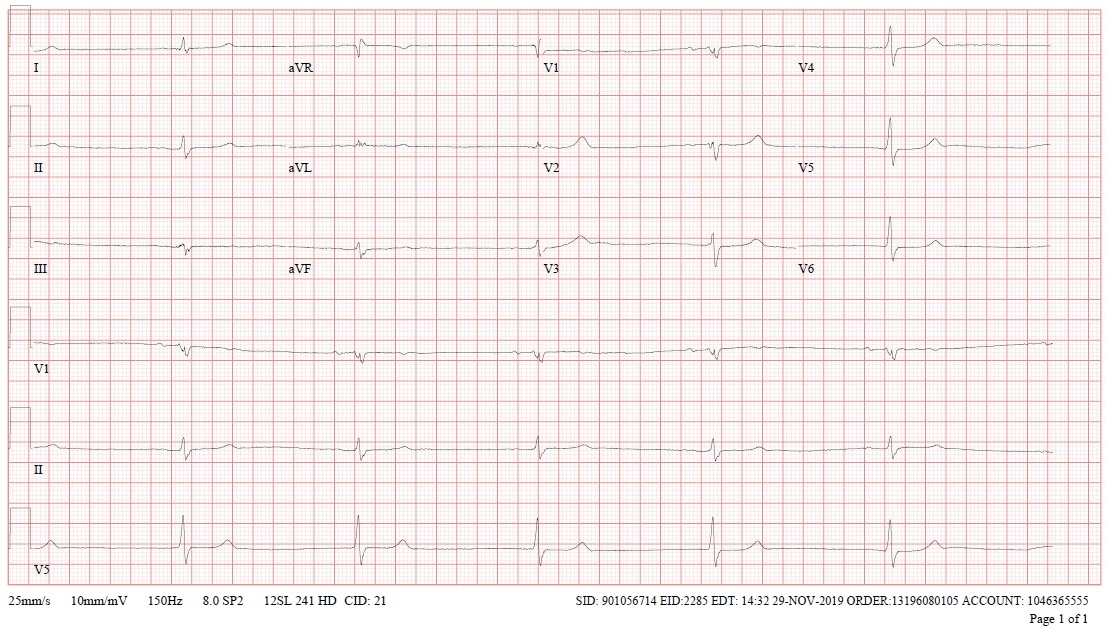