PGNMID is a rare distinct form of glomerulonephritis (GN) characterized by glomerular monoclonal immunoglobulin deposits. There is no definite treatment for this condition. We present a case of PGNMID in a recurrent renal transplant patient who responded well to rituximab.

A 43-year-old male with ESRD secondary to MPGN s/p 3rd renal transplant complicated with failure of previous transplants due to rejections (on cyclosporine and everolimus) presented with worsening pain at the graft site and AKI. Creatinine 5.6 mg/dL (baseline 2.5mg/dL), UPC 1.5 gm/dL, RBC, and RBC casts on microscopy. Detailed serological, immunological, and infectious workup was negative. Renal biopsy showed mesangial, subepithelial, and subendothelial proliferation with electron dense deposits of IgG1 and IgG3 with kappa predominance most consistent with PGNMID. Monoclonal workup was negative and bone marrow biopsy showed no clear evidence of hematologic malignancy. He received two doses of rituximab in addition to home immunosuppression. Renal function improved to baseline (creatinine 2.5, negative blood, UPC 0.5) and has been stable for past year.

GN recurrence in kidney allografts is responsible for around 24% of kidney graft losses. Approximately 70% of PGNMID patients have no detectable monoclonal proteins in serum or urine. Multiple regimens have been used for the treatment of PGNMID after renal transplant, including RAAS blockers, steroids, rituximab, bortezomib and plasmapheresis. Few reported cases of PGNMID responded well to rituximab, and a large prospective multicenter controlled study is warranted to better understand this rare disease. 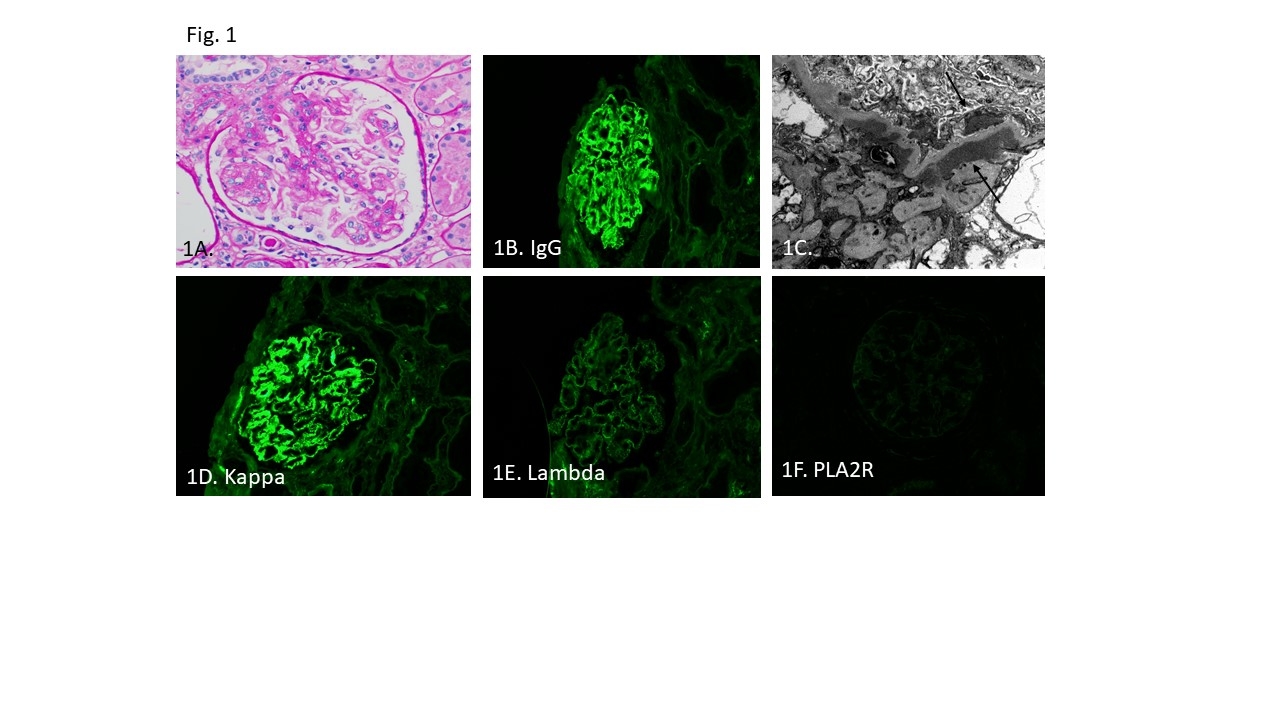 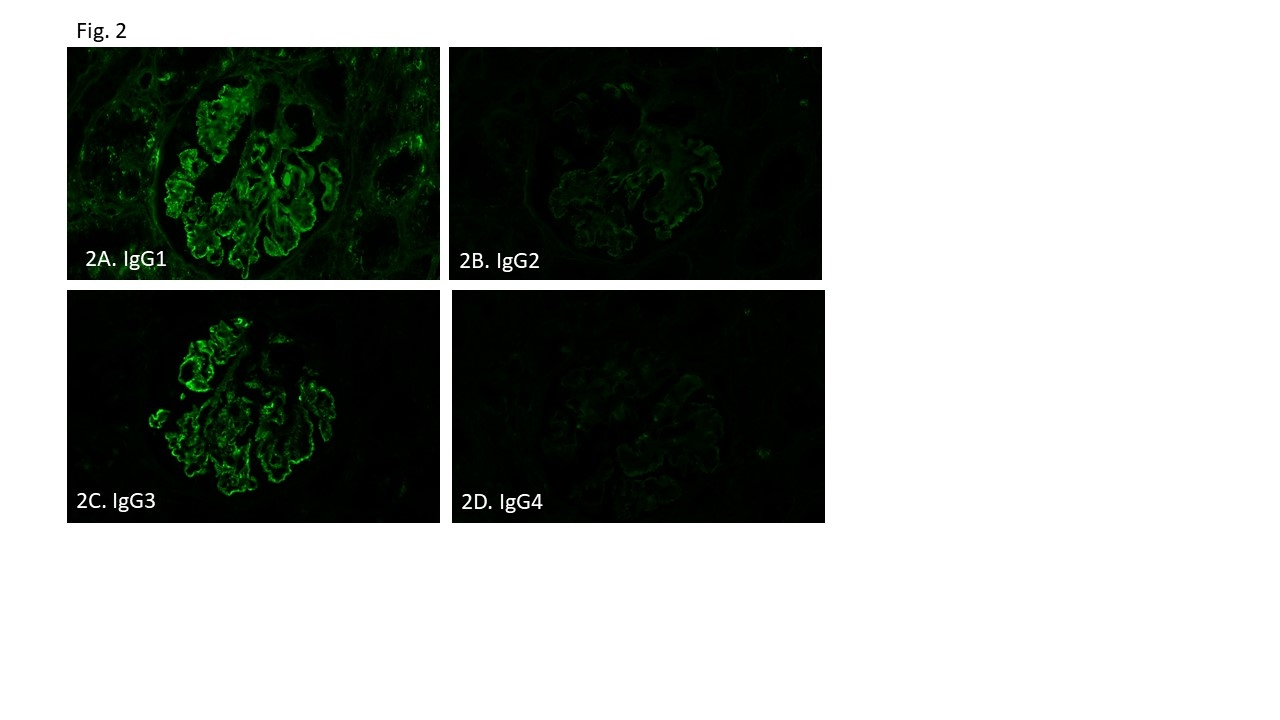