Epigenetic changes through DNA methylation are increasingly identified in renal diseases and hypertensive disorders. Our previous studies identified an altered methylation pattern in preeclampsia compared to normotensive pergnancies. Epigenetic studies typically use buffy coat- a heterogenous cell population- that varies throughout pregnancy and could potentially interefere with DNA methylation results. The objective of the current study was to assess to what extent the buffy coat methylome is representative of the distinct cell types that it contains namely polymorphonuclear leukocytes(PMN) and lymphocytes(LYM) in normotensive pregnant women.

We performed a pairwise comparison of the differential methylation in the buffy coat, the polymorphonuclear fraction and the lymphocytic fraction drawn from the same individual in normotensive pregnant women (n=29) within the 24 hours prior to delivery. We analyzed 412481 cytosine-guanine (CpG) sites using an Illumina Human Methylation450 BeadChip.

The buffy coat DNA methylation profile is representative of the PMN and LYM fractions on an Illumina Human Methylation450 BeadChip. The use of buffy coat is an acceptable approach for DNA sampling in DNA methylation studies and separation is only needed when studying lineage specific diseases. 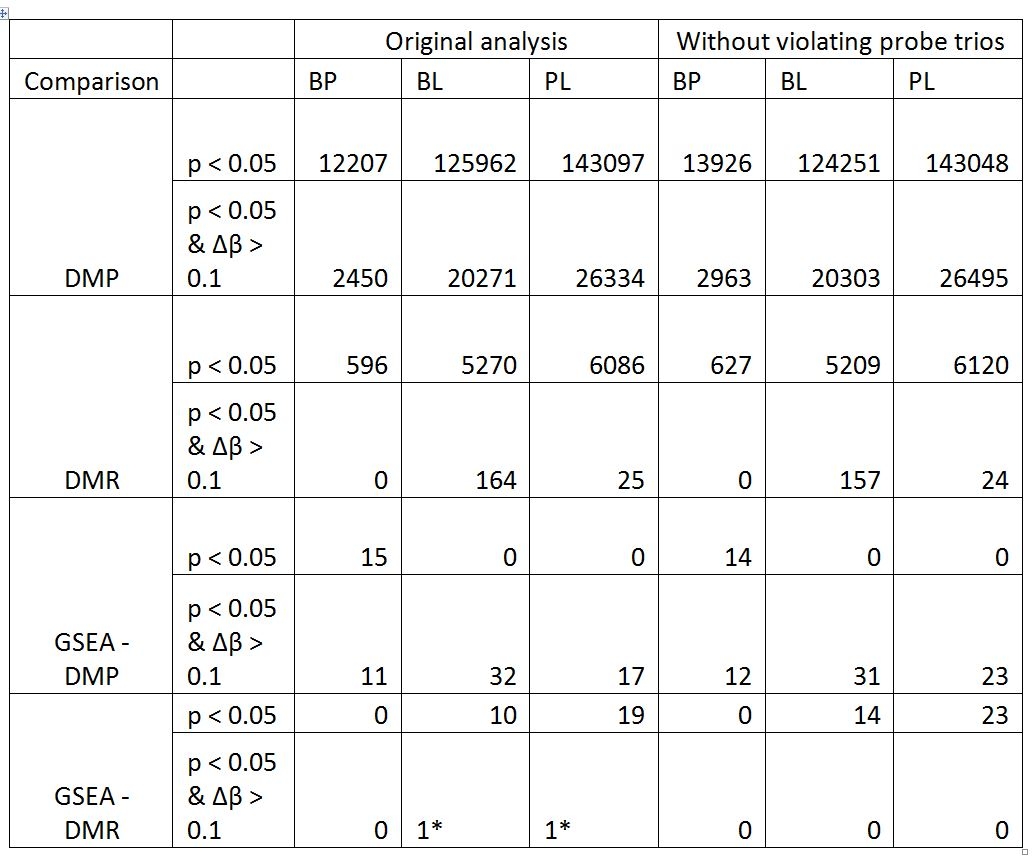