High-frequency oscillation of arterial oxygen saturation (SaO2) presenting as repetitive “sawtooth” patterns was observed in sleep apnea patients, but it has never been reported during treatment in hemodialysis (HD) patients. In this study, we explored the prevalence of intradialytic “sawtooth” patterns and their clinical correlates in HD patients.

We prospectively studied chronic HD patients who didn’t use breathing devices, cardiac pacemaker, nasal oxygen, alpha blockers, short-acting nitrates, or have history of sickle cell anemia and non-sinus cardiac arrhythmia. During two visits per subject, we used the Crit-Line® Monitor to record SaO2 at a frequency of 1 Hz, and video recording to capture periods of wakefulness for the entire treatment. SaO2 data were analyzed for occurrence of “sawtooth” patterns (100% increase in standard deviation lasting ≥10s) and oxygen desaturation episodes (ODE, 3% drop from baseline lasting for ≥10s).

Sleep-related breathing disorders are both highly prevalent and underdiagnosed in HD patients and may be underlying the high-frequency oscillations of intradialytic arterial SaO2 observed in this study. These observations might be useful in identifying sleep-related respiratory abnormalities in HD patients that may warrant diagnostic workup. Further studies are needed to identify sleep-related SaO2 oscillations and their relationship to clinical outcomes. 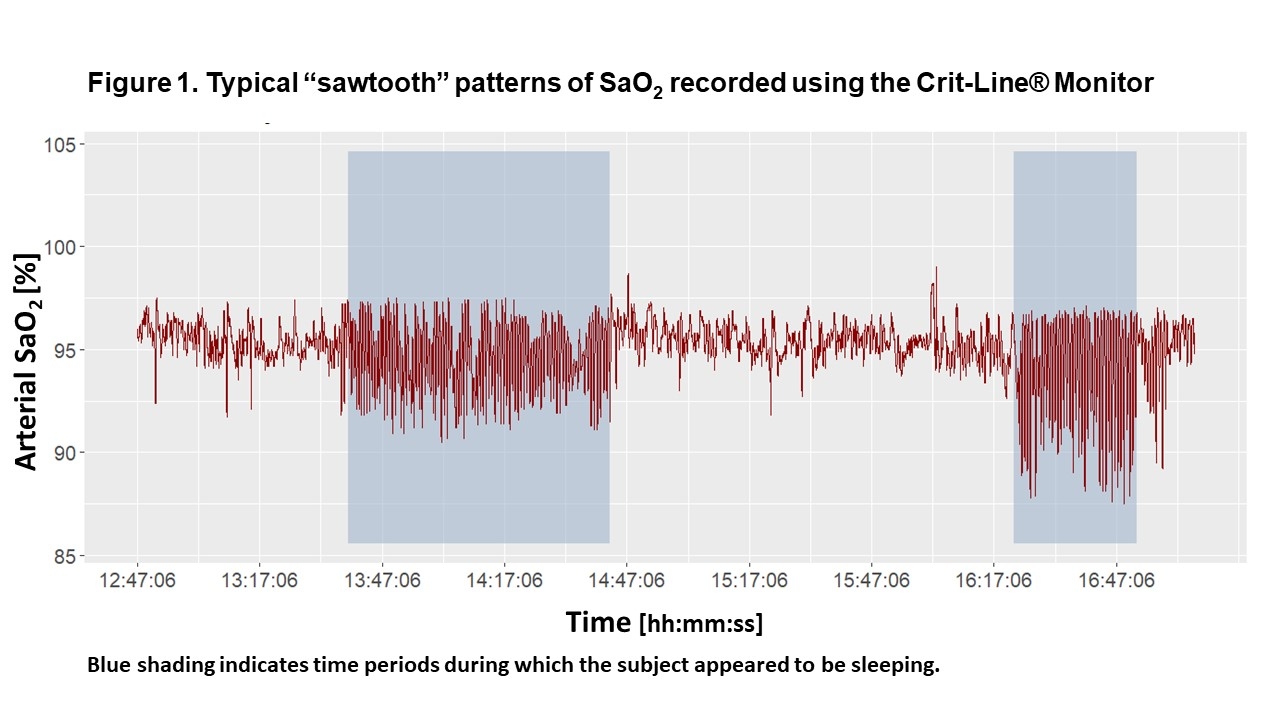