Prevalence and Severity of Anemia Between Non-Dialysis and Dialysis Outpatients Referred to Nephrology Consultation: Epidemiologic Data from 1568 Mexican Patients at a National Reference Hospital

Prevalence and Severity of Anemia Between Non-Dialysis and Dialysis Outpatients Referred to Nephrology Consultation: Epidemiologic Data from 1568 Mexican Patients at a National Reference Hospital

Anemia is a frequent complication in chronic kidney disease (CKD), and is frequently associated with symptoms such as physical disability, decreased neurocognitive function, and poor quality of life. Our objective is to know the prevalence and severity of anemia between stages of CKD in patients who attended a nephrology clinic for the first time.

Transversal, descriptive, observational study. Records of adult patients who attended an outpatient nephrology clinic in the period from February 2019 to February 2020 were included. Anemia staging was performed according to the world health organization. Descriptive statistics were performed, with a 95% CI and a p-value ≤0.05.

In patients who attended for the first time an outpatient nephrology clinic, a high prevalence of anemia was found in CKD patients, being more frequent and more severe from stage 3b to stage 5. Identifying these findings will allow establishing public health policies and models of care for patients with CKD. 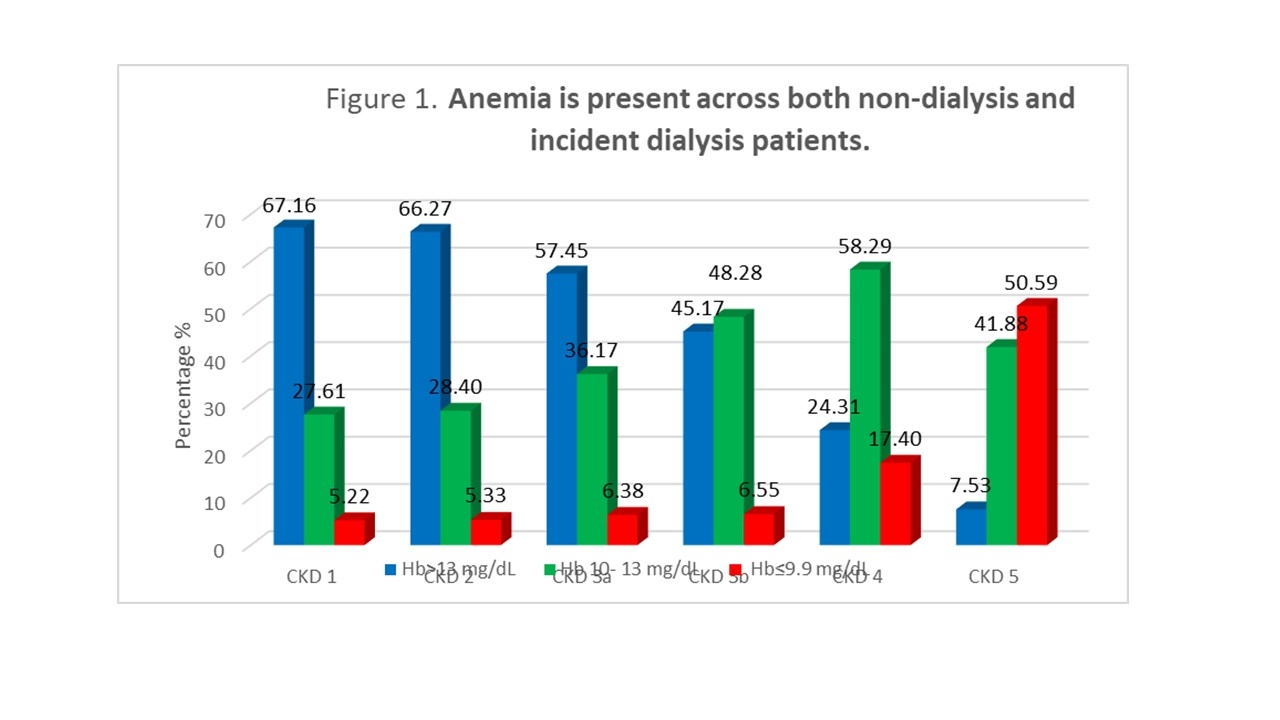