Biomarkers of tubular injury, repair, and inflammation may improve the ability to identify children at high risk of rapid kidney function decline and help elucidate the pathophysiology of CKD progression. In this study, we investigated whether the urinary biomarkers EGF, KIM1, MCP1, YKL40, and alpha1 microglobulin are prognostic of CKD progression in children.

In the prospective CKiD study, children aged 6 months to 16 years old with an eGFR of 30-90 were enrolled and eGFR was assessed annually. We measured urine biomarkers collected 5 months after study enrollment. Urine biomarkers were indexed to urine creatinine. The primary outcome was CKD progression, defined as a composite of a 50% decline in eGFR or ESKD. 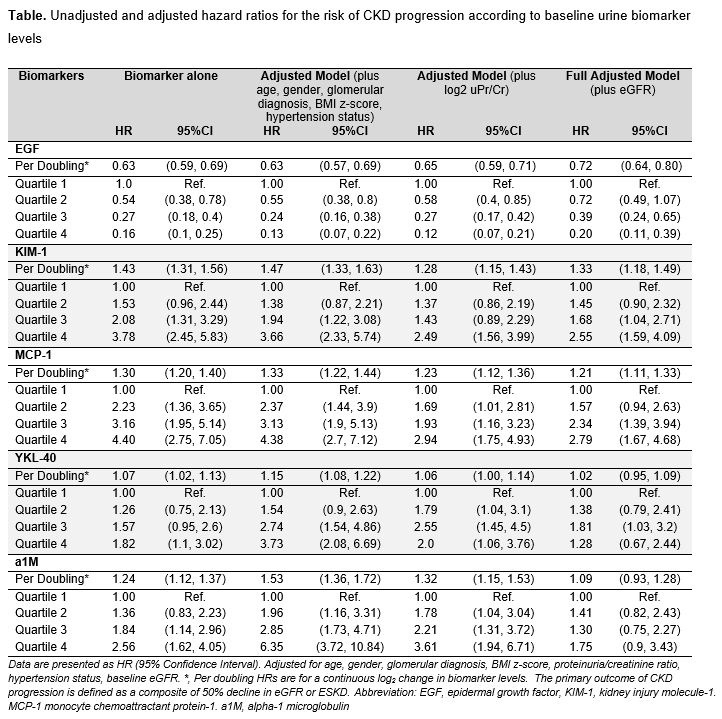