Prevalence and Severity of Hyperkalemia in Patients Referred to Nephrology Consultation: Epidemiologic Data from 1106 Mexican Patients at a National Reference Hospital

Prevalence and Severity of Hyperkalemia in Patients Referred to Nephrology Consultation: Epidemiologic Data from 1106 Mexican Patients at a National Reference Hospital

Hyperkalemia (HK, serum K > 5 mEq / L) is an electrolyte disorder that occurs frequently in patients with chronic kidney disease (CKD), heart failure. In CKD, the ability to excrete K+ is reduced, impairing quality of life and increasing morbidity and mortality

Cross-sectional retrolective, observational study. Records of adult patients who attended an outpatient Nephrology consultation in the period from February 2019 to February 2020 were included, with laboratory reports from the last 15 days prior to the date of the medical consultation. Descriptive statistics were performed, with a 95% CI and a p-value ≤0.05

1106 patient records were included. 51% (563) were women. The mean age was 55.8 ± 15.6 years. 47% of the population had Diabetes mellitus and / or hypertension as their main comorbidity and 61% were overweight or obese. HK was identified in 29% of the study population. Figure 1 shows the frequency of HK by stage of CKD. 13% of the patients who entered the study were on renal replacement therapy, of which 54% had HK. 54% of the subjects with HK were diabetic, 56% hypertensive, 25% consumed ACE inhibitors and 13% consumed NSAIDs on a regular basis and 48% had proteinuria.

The presence of HK is a risk factor that increases the risk for cardiovascular complications and accelerates the progression to more advanced stages of CKD. It is important to intentionally search for this alteration in all stages of CKD and implement measures that help correct and mitigate its impact on patients with CKD 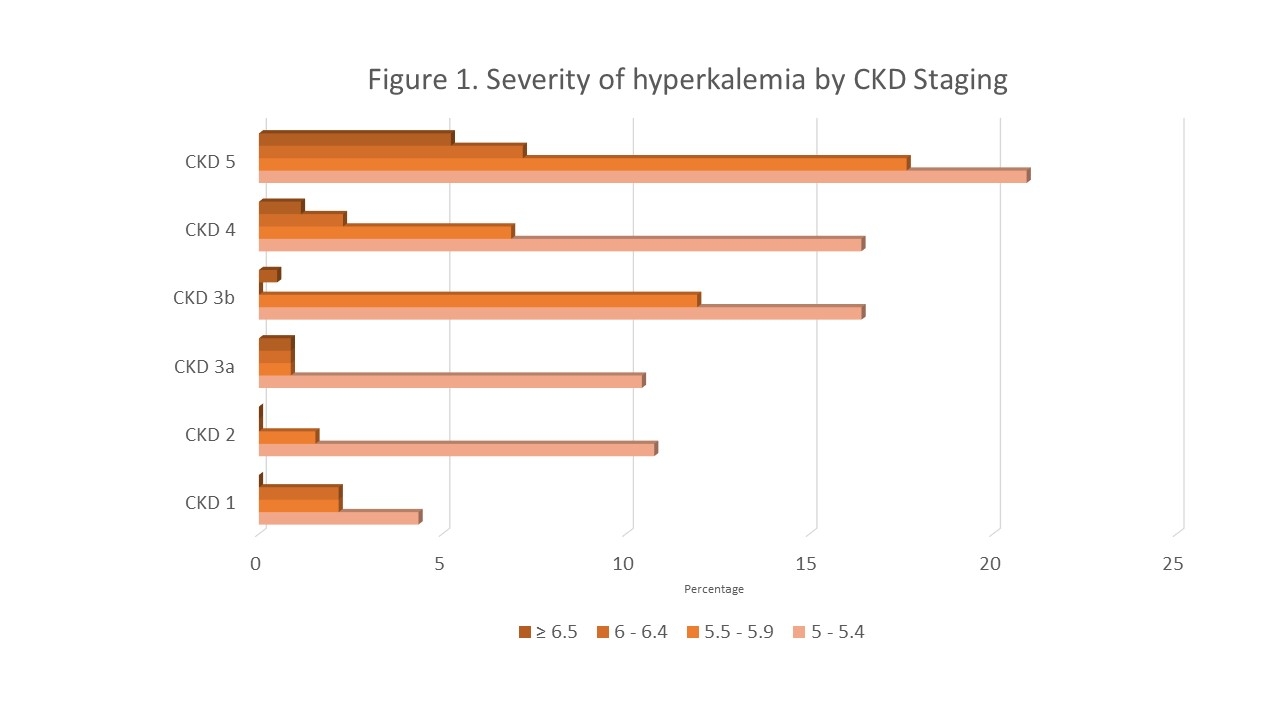