Biomarker Panels for Discriminating Risk of CKD Progression in Children

Biomarker Panels for Discriminating Risk of CKD Progression in Children 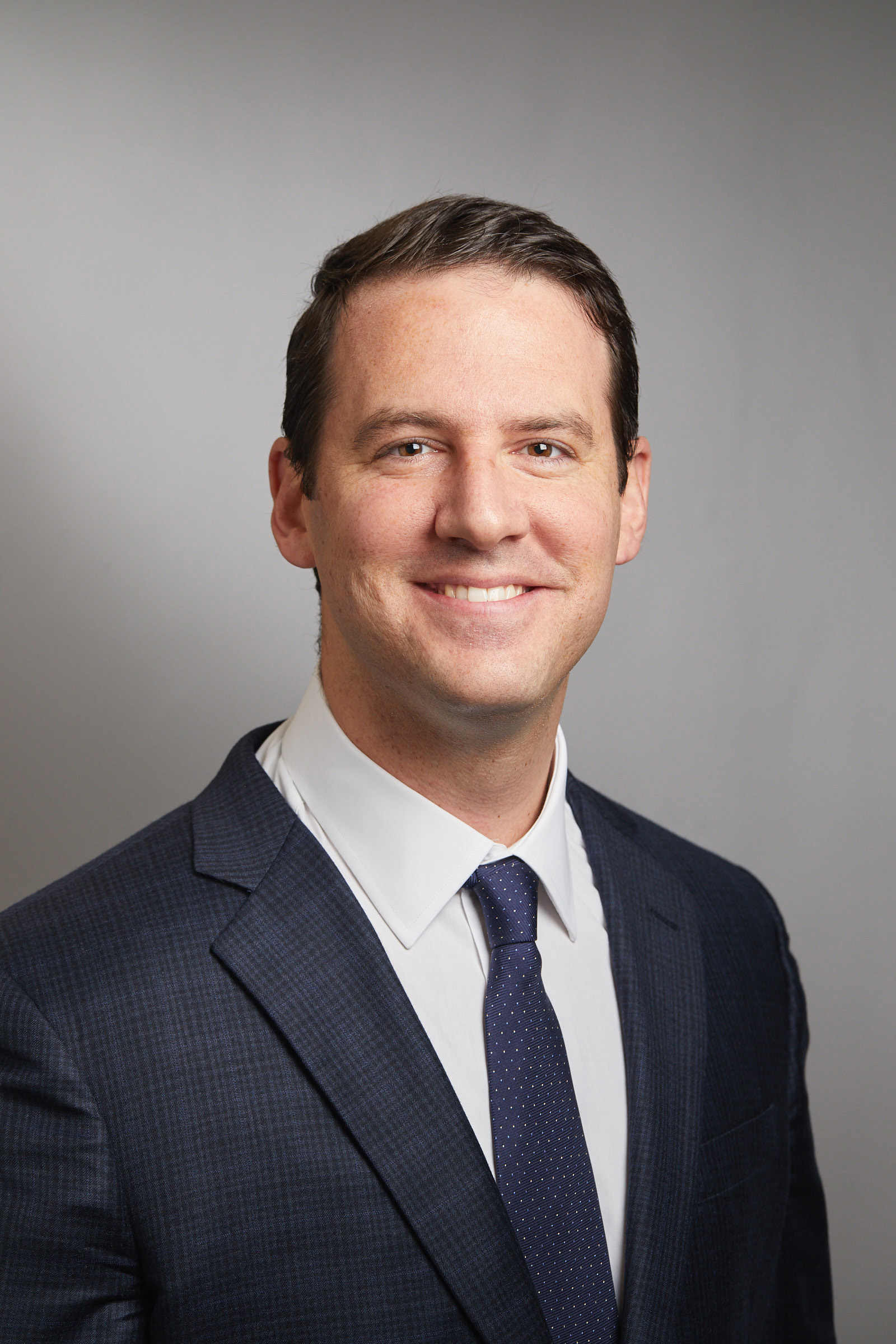 Dr. Greenberg grew up in New York, before attending Cornell University to study Biological Engineering. He then attended medical school at the State University of New York at Brooklyn. He completed his residency in Pediatrics at New York University Medical Center. Dr. Greenberg completed his fellowship in Pediatric Nephrology at the Yale University School of Medicine. He also obtained a Masters degree from Yale in Health Sciences Research . Dr. Greenberg is now an Assistant Professor of Pediatrics in the Section of Nephrology at Yale University and a clinical investigator in the Clinical and Translational Research Accelerator (CTRA). His research focuses on improving risk prediction to assist with clinical decision making and inform clinical trials in children with kidney disease.

The CKiD study prospectively enrolled children aged 6 months to 16 years old with an eGFR of 30-90 and eGFR was assessed annually. The primary outcome of CKD progression was a composite of 50% decline in eGFR or incident ESKD. We used multivariate survival trees to determine combinations of baseline clinical predictors and plasma biomarkers as well as identify optimal thresholds for predicting the time to the composite event.

Of the 651 children included, median age was 11 years [IQR,8-15], 405(62%) were male, 195(30%) had a glomerular cause of CKD, and baseline eGFR was 53 [IQR,40-67]. 223(34%) out of 651 children reached the primary outcome over a median follow-up time of 5.7 years. The Figure shows the best-sized multivariate survival tree and 4 prognosis groups selected after bootstrapping the sample. Plasma KIM1, TNFR1, TNFR2, and baseline eGFR were used to define branching patterns, while MCP1, YKL40, suPAR and the known risk factors of sex, age, glomerular diagnosis, BMI, hypertension, and proteinuria were not included as they did not reach a level of predictive importance. In the final model, KIM1 was the variable with the highest importance, with a level of 1335 mg/L(98th percentile) determining the first branching split and identifying the highest risk group of 14 children with predominantly glomerular types of kidney disease and nephrotic range proteinuria. When the tree-based prognosis classification was added to the clinical risk factors, the C-statistic increased from 0.81[95%CI:0.78-0.84] to 0.85[95%CI:0.83-0.88]. 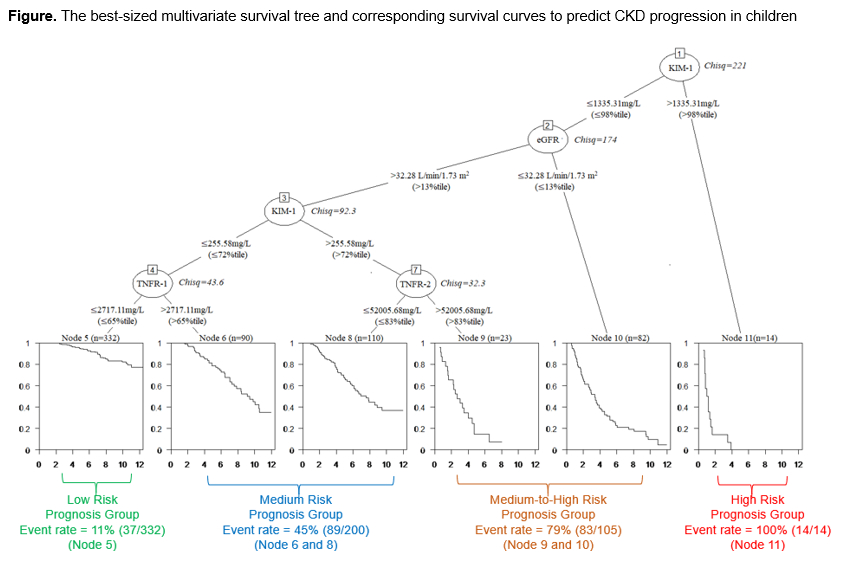