Living donor kidney transplantation is the treatment of choice for chronic terminal kidney disease. A high prevalence of cardio-metabolic risk factors (CRFs) in the general population implies challenges when choosing the best candidate for kidney donation. Knowing the frequency of CRFs will allow us to make timely interventions in order to reduce cardiovascular complications after donation.

Cross-sectional, descriptive study, which included kidney donors who were admitted to the National Medical Center “Dr. Antonio Fraga Mouret” during the period from 2015 to 2019. Descriptive statistics were made, with a 95% IC. CRFs were included; systolic hypertension (SBP) higher than 120mmhg, diastolic hypertension (DBP) higher than 80mmhg, anemia hemoglobin less than 13 g/dl in men and less than 12 g/dl in women; impaired fasting glucose> 110 mg / dl, body mass index (BMI)> 25.

A BMI higher than 25 was the most prevalent CRFs; associated with AKI when more than 1 CRF was observed. Timely detection of CRFs will allow for timely interventions that will reduce post-donation cardiovascular risk and decrease the risk of AKI. 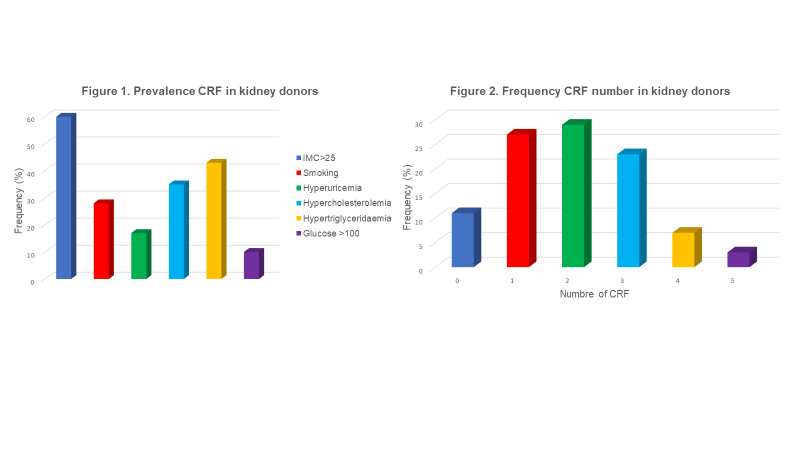