Sezary Syndrome is a cutaneous T-cell lymphoma that presents with erythroderma, lymphadenopathy, and circulating malignant T cells. While involvement of the spleen, liver, bone marrow and lung are well documented, kidney involvement is rare. We present a case of acute kidney injury (AKI) due to biopsy-proven T cell lymphoma invasion of the kidneys

AKI caused by kidney involvement in Sezary syndrome has only been reported via case reports. The mechanism of AKI is thought to be tubular compression by the lymphomatous infiltrates impeding tubule function and peritubular capillary blood flow. Our patient’s biopsy supports this mechanism. Her AKI resolved with urgent corticosteroids and chemotherapy. Further reporting is needed on the prevalence of this condition and nephrologists should consider renal lymphomatous invasion when evaluating AKI in those with cutaneous T-cell lymphoma 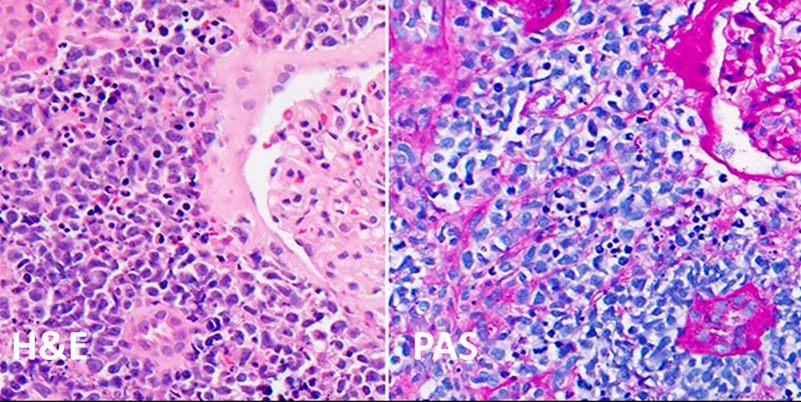