Rituximab vs. Cyclophosphamide in the Treatment of Membranous Nephropathy: The RI-CYCLO Trial

Rituximab vs. Cyclophosphamide in the Treatment of Membranous Nephropathy: The RI-CYCLO Trial

Aim of this pilot RCT was to estimate the effects of RTX vs CYC regimen in MN, while assessing the feasibility of a larger trial. After a run-in of at least 3 months, patients with nephrotic syndrome were randomized to receive RTX (1g two weeks apart) or CYC. Complete remission (CR) was defined as proteinuria ≤0.3 g/day, partial remission (PR) as a reduction of proteinuria >50% and an absolute value of 0.3-3.5 g/day. Primary outcome was CR at 12 months; secondary outcomes included CR+PR at 12 and 24 months.

Although the probability of CR was lower in the RTX arm at 12 months, the probability of CR at 24 months and of CR+PR at 12 and 24 months was similar in the two groups. No difference in side effects was found. While the efficacy of RTX and CYC in MN appears to be similar, a larger trial adequately powered would be difficult to perform. 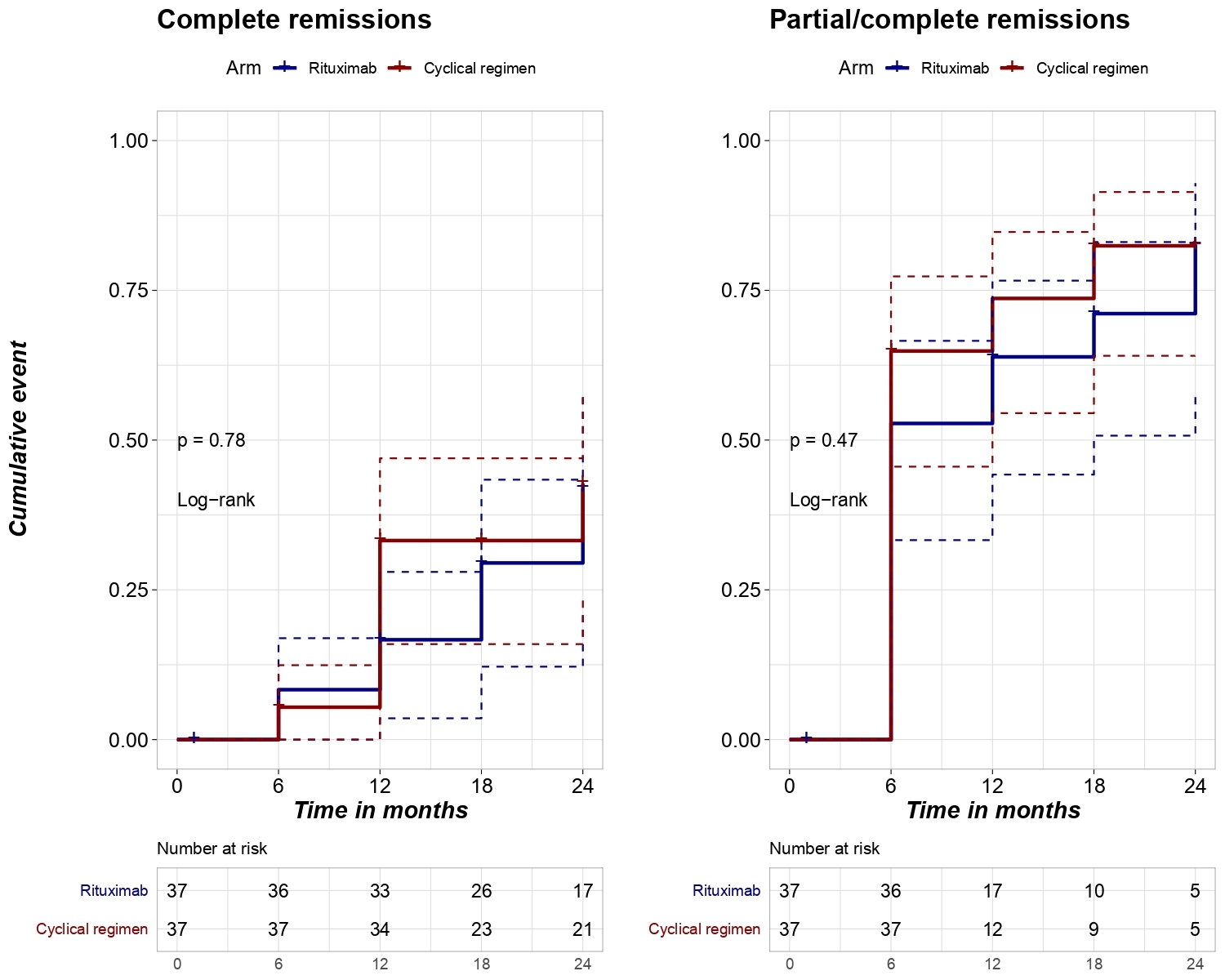