White adipose tissue secretes a number of peptide hormones, including leptin, adiponectin, and several cytokines. The aim of this paper was to determine the role of selected adipocytokines (leptin and adiponectin) and interleukins (IL-10 and IL-6) on the development of graft rejection in protocol biopsy after kidney transplantation.

Higher leptin levels might play a role in rejection and de novo DSA production. We also confirmed the influence of low values of IL-10 on the development of de novo DSA. We assume that values of adipocytokines in context of other risk factors can predict the immunological risk of patients after kidney transplantation. 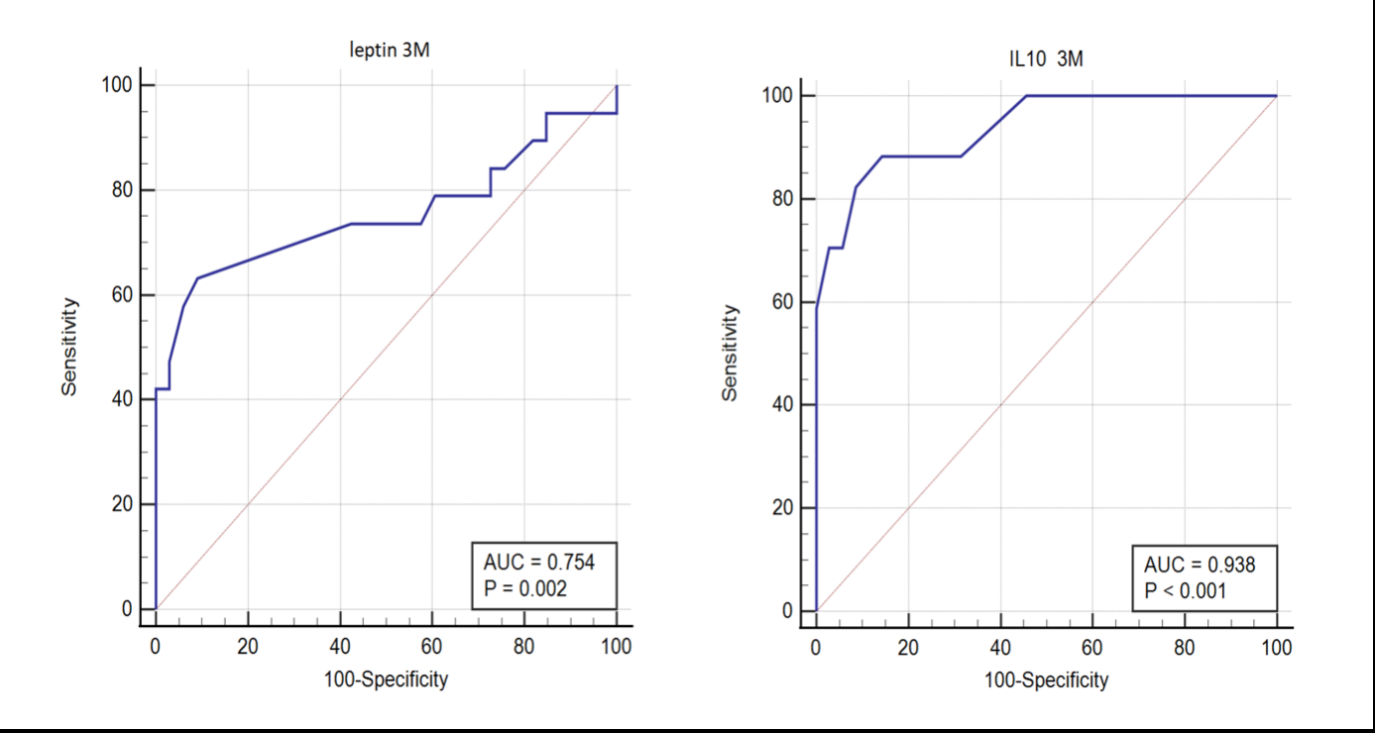 ROC curve. Leptin 3M and IL-10 3M for the endpoint of de novo DSA and borderline