The burden of readmission within one year after pediatric kidney transplant (PKTx) is poorly described, with only one single center study describing rates of readmission as high as 79%. We aimed to examine the epidemiology of readmission after PKTx in a national U.S. cohort.

We linked the Scientific Registry of Transplant Recipients (SRTR) and the Pediatric Health Information System (PHIS) database, a group of over 50 U.S. pediatric medical centers, to identify PKTx recipients <21 years old who received a kidney-only transplant from 2002-2018 and were discharged from the transplant hospitalization with a functioning graft. We characterized the epidemiology of patient demographic, clinical and transplant factors associated with the initial transplant hospitalization and readmission. We also examined risk factors for readmission within a year using multivariable Cox proportional hazard modeling.

We identified 4,566 patients with a median age of 13 years, 46% had CAKUT and 45% were white, non-Hispanic. Within a year, 3,136 (69%) were readmitted. Factors associated with increased hazard of readmission were age <6 years, black race, public insurance, centers with <15 transplants/year and initial transplant admission >10 days. Transplant admission <5 days was associated with decreased hazard of readmission in the first year. 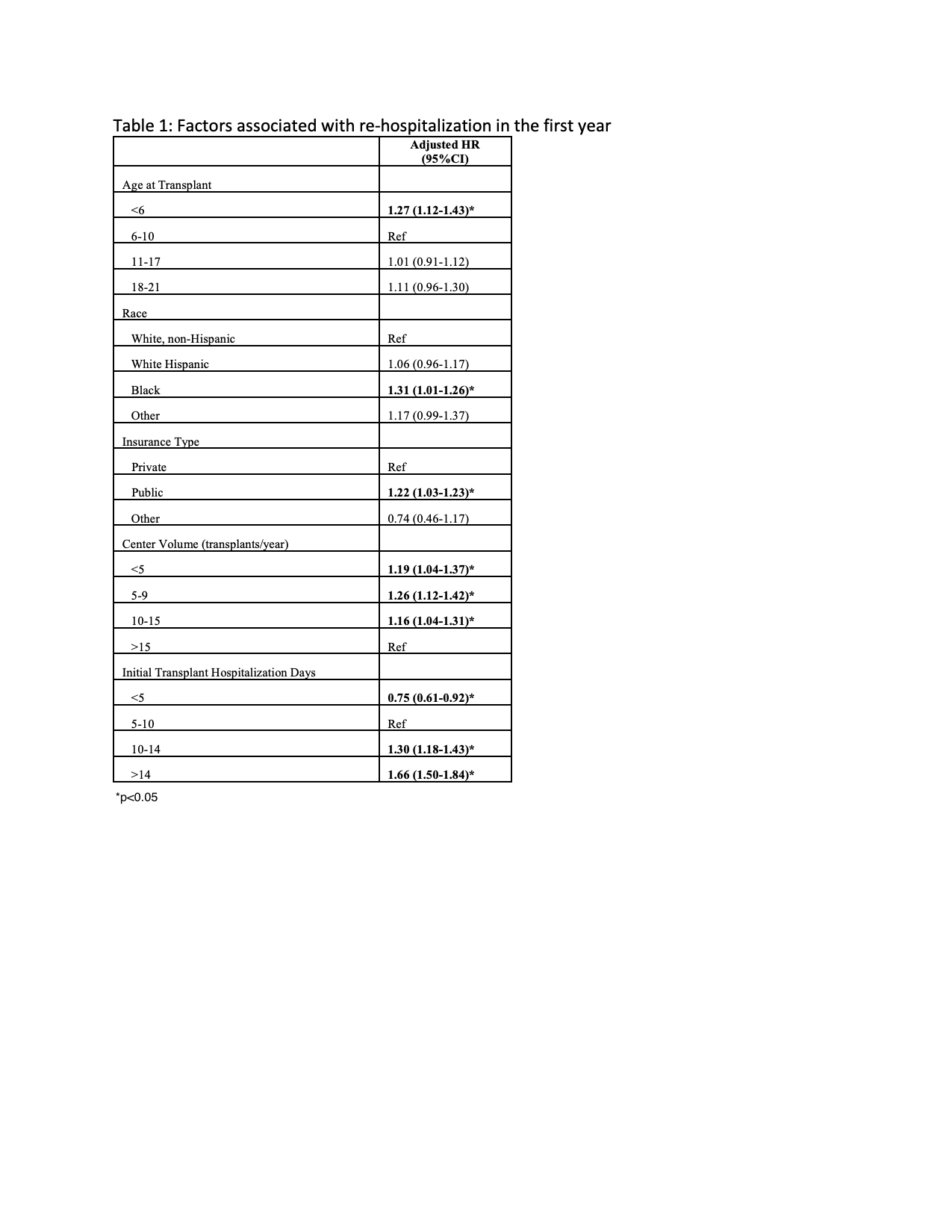