Hyperphosphatemia is associated with increased mortality in hemodialysis (HD) patients. High phoshate (Ph) causes vascular structural changes including medial calcification. While there is in vitro evidence that high Ph can induce endothelial cell dysfunction (ECD), little is known about the relationship between Ph and vasoconstriction or ECD in HD patients. 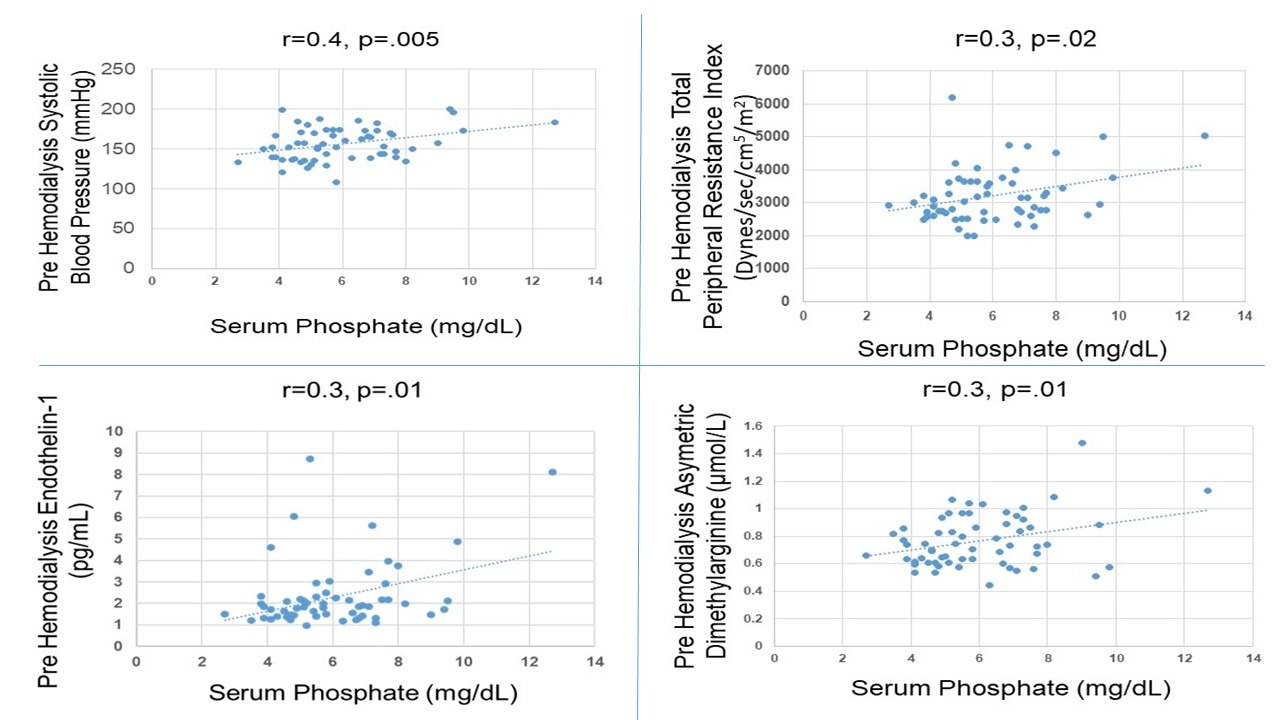 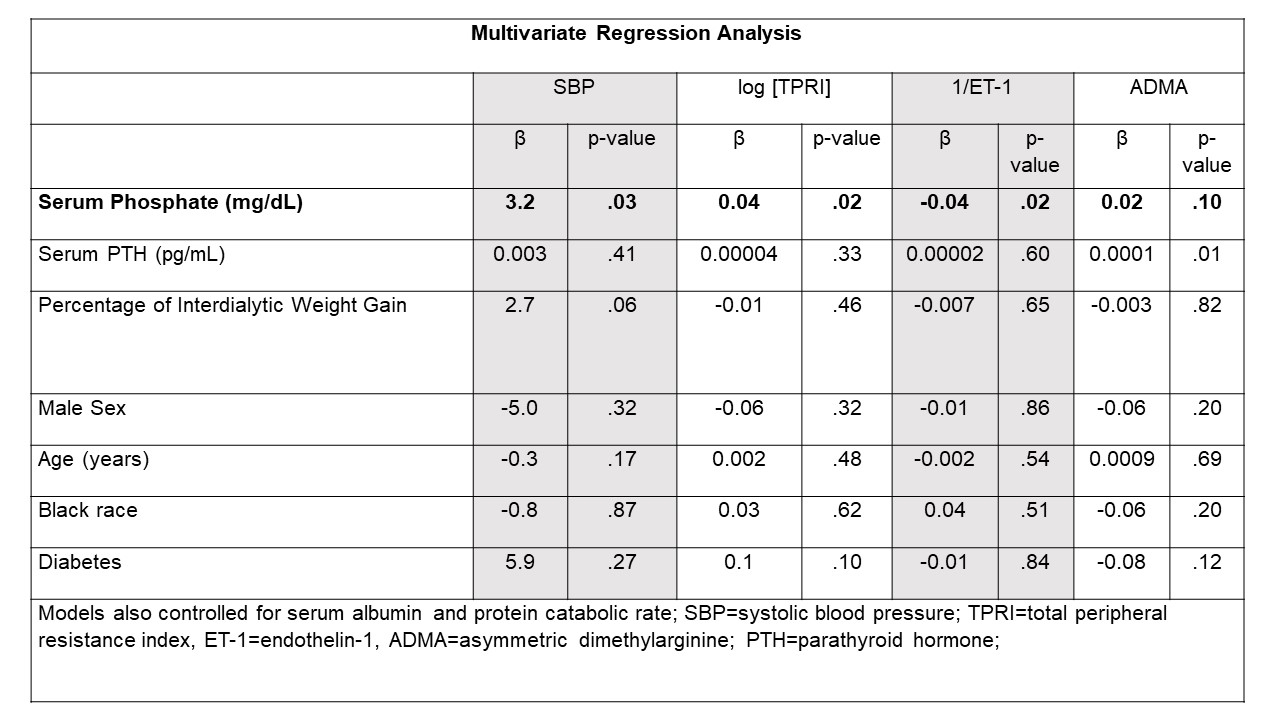