Cytomegalovirus (CMV) is a DNA virus that is associated with several clinical manifestations in renal transplant recipients (RTR), presenting often with asymptomatic viremia, CMV syndrome, and tissue invasive disease in the lungs, colon, esophagus, and retina. CMV infection may occur in the renal allograft presenting as interstitial nephritis. We present a rare case of CMV nephritis in a RTR that presented as a collapsing focal and segmental glomerulosclerosis (FSGS).

A 55 year old caucasian male with a history of end-stage renal disease due to hypertension on hemodialysis for 4 years received a living donor renal transplant with immediate graft function. Induction was with Thymoglobulin, maintenance immunosuppression was with MMF, Prednisone, and Tacrolimus. He completed valganciclovir prophylaxis for CMV, and soon after presented to an outside hospital with hypotension, lower extremity swelling, and diarrhea of 2 weeks duration. He had a proteinuria value of 22.1gm with hypoalbuminemia and an acute kidney injury. A presumptive diagnosis of FSGS was made and he received IV Solumedrol. Chart review revealed CMV viremia 4 weeks prior to presentation. He was transferred to a tertiary center for management, where a kidney biopsy was done that revealed interstitial inflammation, widespread collapse of glomerular tufts, podocyte hyperplasia and hypertrophy, extensive podocyte foot process effacement, microthrombi and CMV staining in tubular epithelial cells. He was treated with IV ganciclovir, and both viremia and proteinuria resolved (Figure 1).

The patient’s de novo collapsing-FSGS is a rare manifestation of CMV infection. While CMV is the most common opportunistic viral infection in RTR, renal involvement is unusual. This may be a cytokine related injury to podocytes in the setting of a viral infection. Our patient had complete recovery following treatment with renal function returning to baseline. 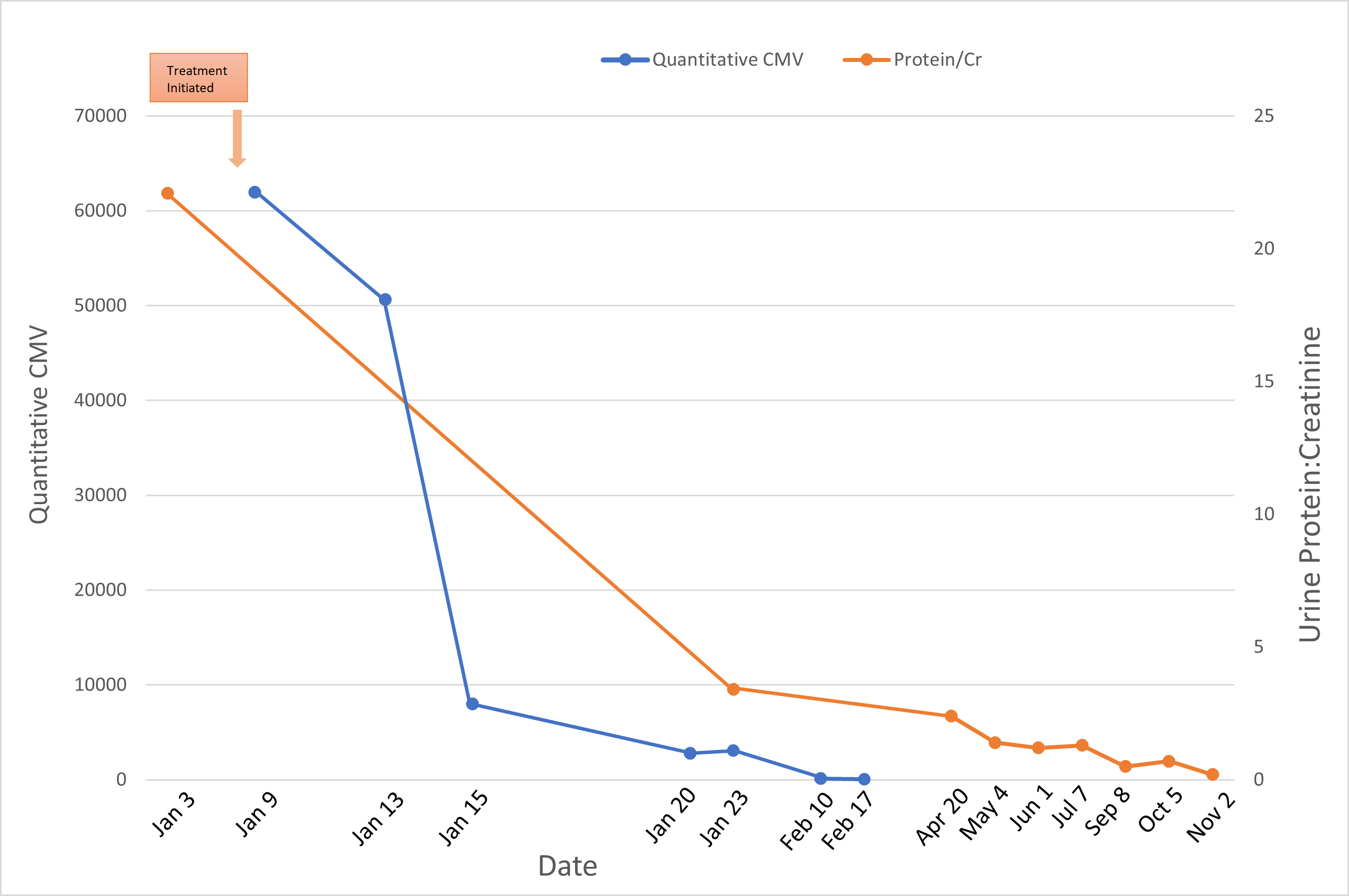