Predictive models of mortality on HD typically use data collected at HD initiation. This is a missed opportunity that does not leverage the regularly collected data at HD treatments and is not reflective of how models would be used in practice. We compare performance of a risk model that uses static baseline data at incidence vs inclusion of time-varying data.

We used EHR data on pts new to HD between 2003-2016 from a national provider (n=54,148) linked with USRDS. We abstracted 86 predictor variables organized into person-mth and divided into training (n=32,488) and testing sets (n=21,660). The dynamic training set contributed > 800k person months. The static training set contained the first pt-month for those who initiated HD within 90-days (n=24,026). We fit LASSO logistic regression to predict mortality in the next 6-months and assessed both models on a time-varying test dataset. We report overall predictive performance metrics as well as visualization of time varying patient risk in the 24 mths before a pt dies.

Pt median age at initiation was 64 yrs; 43% female, 63% Caucasian; 7% died w/in 6 mths of initiation and 53% w/in 5 yrs. Top predictor variables were similar between the two models: age, serum chloride and serum albumin. The table shows performance metrics for the two models on the test data with the dynamic model performing significantly better. The plot shows the predicted risk for pts in the 24 mths prior to mortality. The dynamic model more quickly responds to pts changing risk, producing a higher predicted probability leading up to mortality. 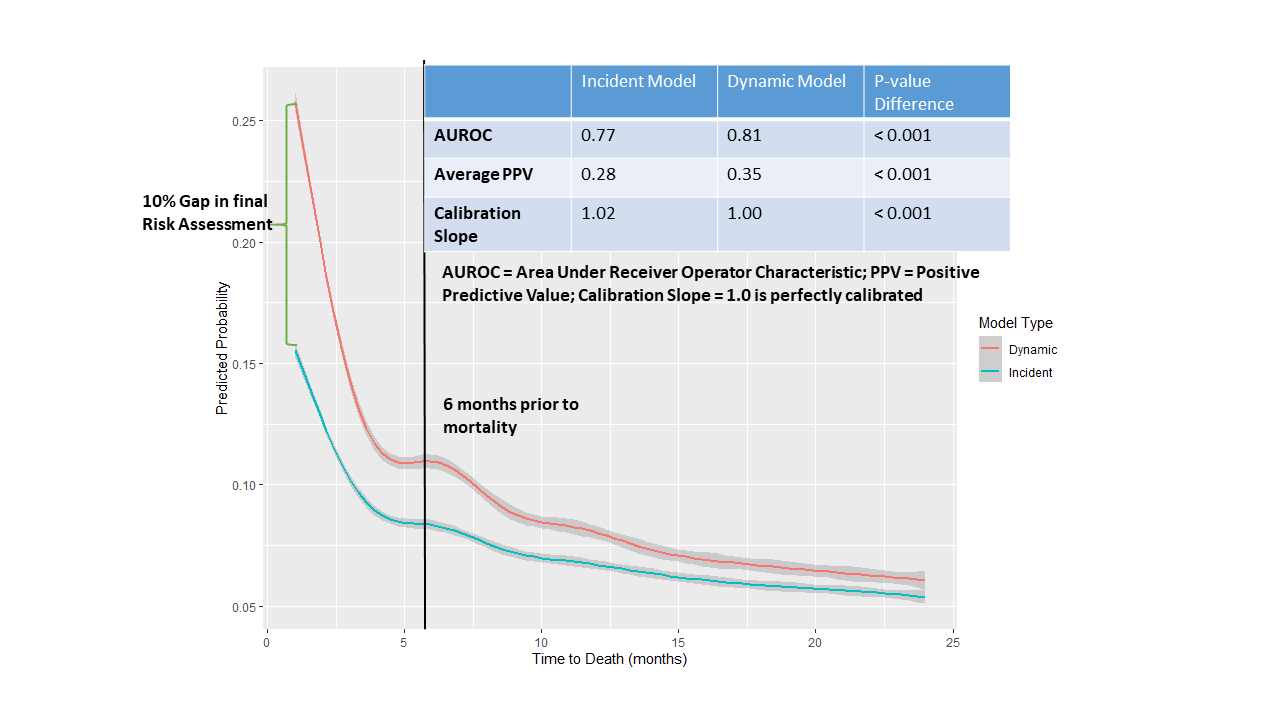