Genetic Testing in Children with Nephrolithiasis and Nephrocalcinosis

Genetic Testing in Children with Nephrolithiasis and Nephrocalcinosis

A retrospective multicenter study was conducted on children ≤21 years with NL/NC that underwent the Invitae sponsored NL panel. Next-generation sequencing evaluated 35 genes. The sensitivity of genetic testing was calculated. Logistic regression examined the association of clinical variables with genetic diagnosis.

Seventy-eight children from 5 centers were included (56 had isolated NL [iNL] and 22 had NC). Sensitivity of genetic testing was 31% (iNl 27%, NC 41%). Of those with genetic diagnoses (Figure 1), 25% had pathogenic mutations alone, 13% carried pathogenic mutations for recessive conditions, 13% carried a pathogenic mutation and variant of uncertain significance (VUS) in the same gene and 50% had VUS alone. Mutations were found in 25 genes, most commonly HOGA and SLC3A1 in iNL and SLC34A3 and CLDN19 in NC. Clinical features are shown in Figure 2. In multivariate analysis, subjects with hypercalciuria were less likely to have a genetic diagnosis (OR 0.35, 95% CI 0.13-0.95, p=0.04).

This study has demonstrated the utility of genetic testing, where explanatory genetic mutations were found in one-third of children with NL/NC. Genetic testing shows promise to improve clinical practice in this population. 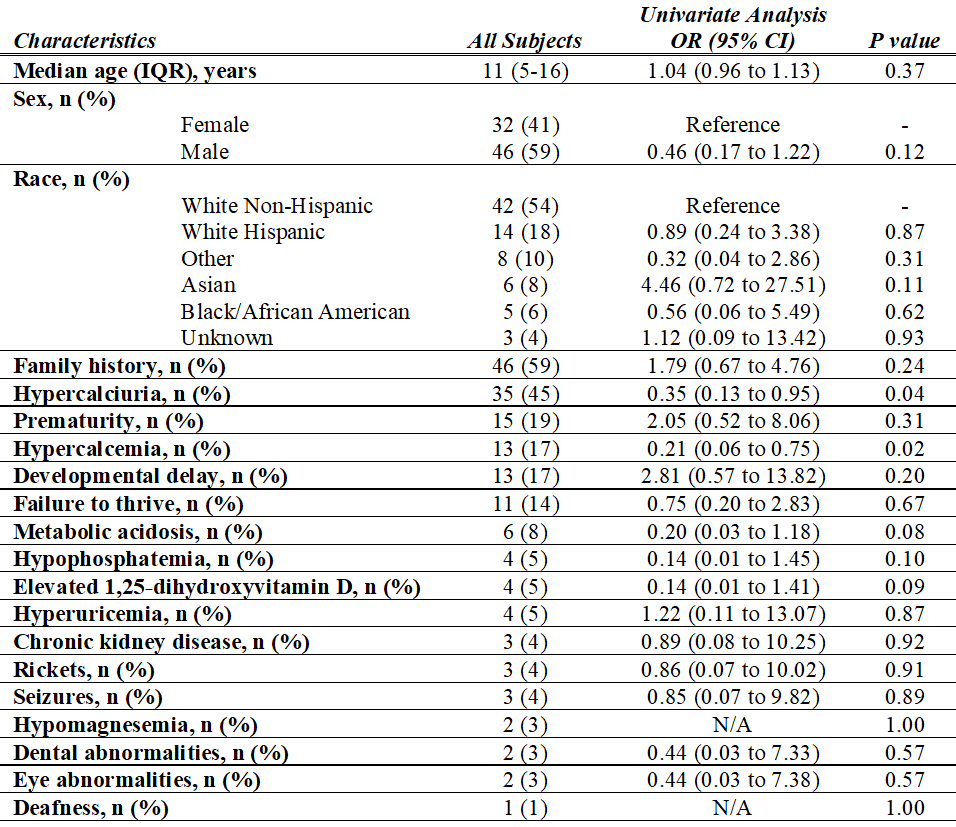