Association of Length of Interdialytic Interval and Patient-Reported Symptoms

Association of Length of Interdialytic Interval and Patient-Reported Symptoms

We surveyed patients ≥18 years old, on HD for ≥30 days, and on HD three times a week at the Mount Sinai Kidney Center. Patients completed a survey about presence and severity (5 point scale) of 21 symptoms at the end of their HD treatments for 12 sessions. Symptom severity was calculated by multiplying the symptom with the severity and could range from 0 to 84, it was then summed per survey and the mean value per patient was calculated. We used negative binomial regression to determine the association of interval with symptom count. 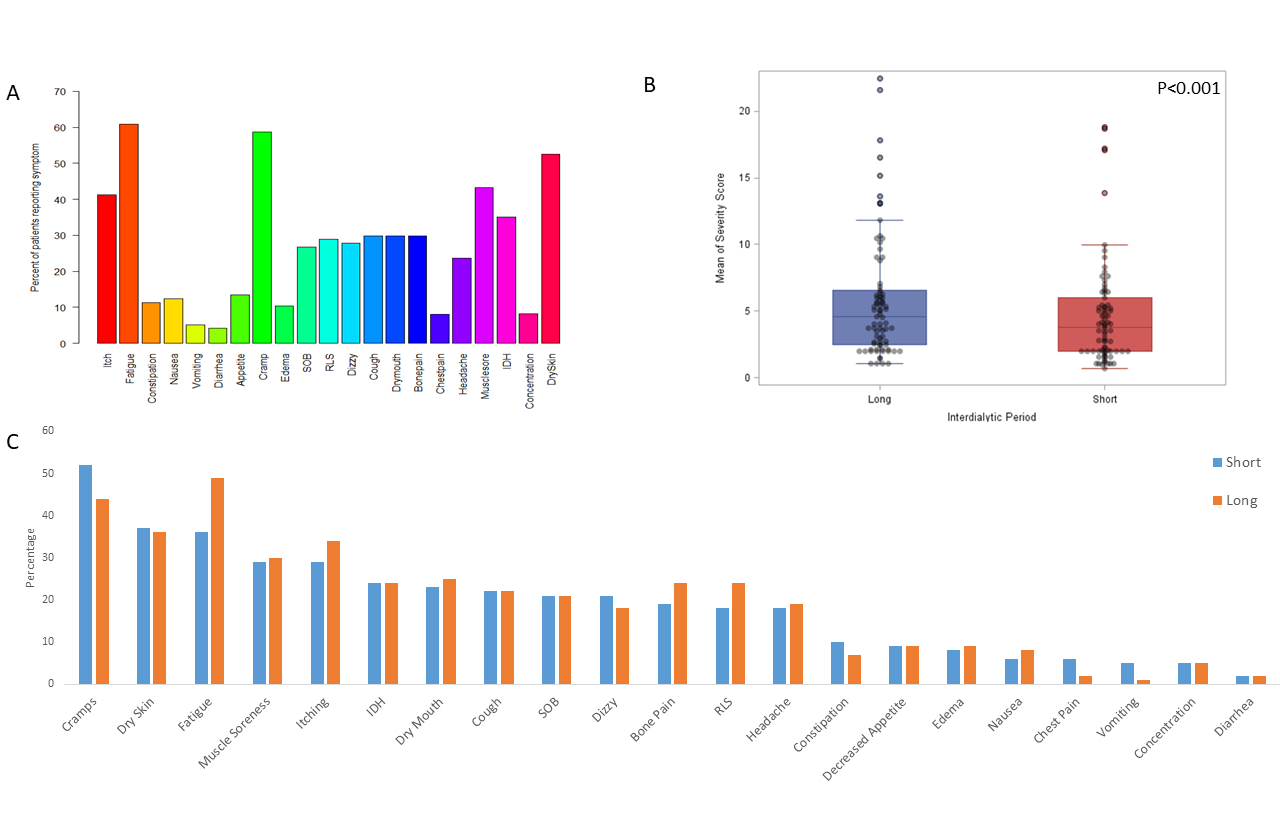