Association Between Diabetes and Major Bleeding Complications of Renal Biopsy: Analysis of 76,304 Patients Using a National Inpatient Database in Japan

Association Between Diabetes and Major Bleeding Complications of Renal Biopsy: Analysis of 76,304 Patients Using a National Inpatient Database in Japan

Nephrologists have recently recognized the heterogeneity of kidney diseases in patients with diabetes and actively performed percutaneous renal biopsies (PRBs). However, the association between diabetes and major bleeding complications of PRBs remains unclear.

In this retrospective observational study using the Japanese nationwide Diagnosis Procedure Combination inpatient database, we identified patients who underwent an elective PRB between July 2010 and March 2018. The primary outcome was the occurrence of major bleeding complications defined as (i) red blood cell transfusion within 7 days after the PRB or (ii) invasive hemostasis after the PRB. Multiple regression analysis was performed to analyze the association between diabetes and major bleeding complications with adjustment for patient and hospital characteristics. 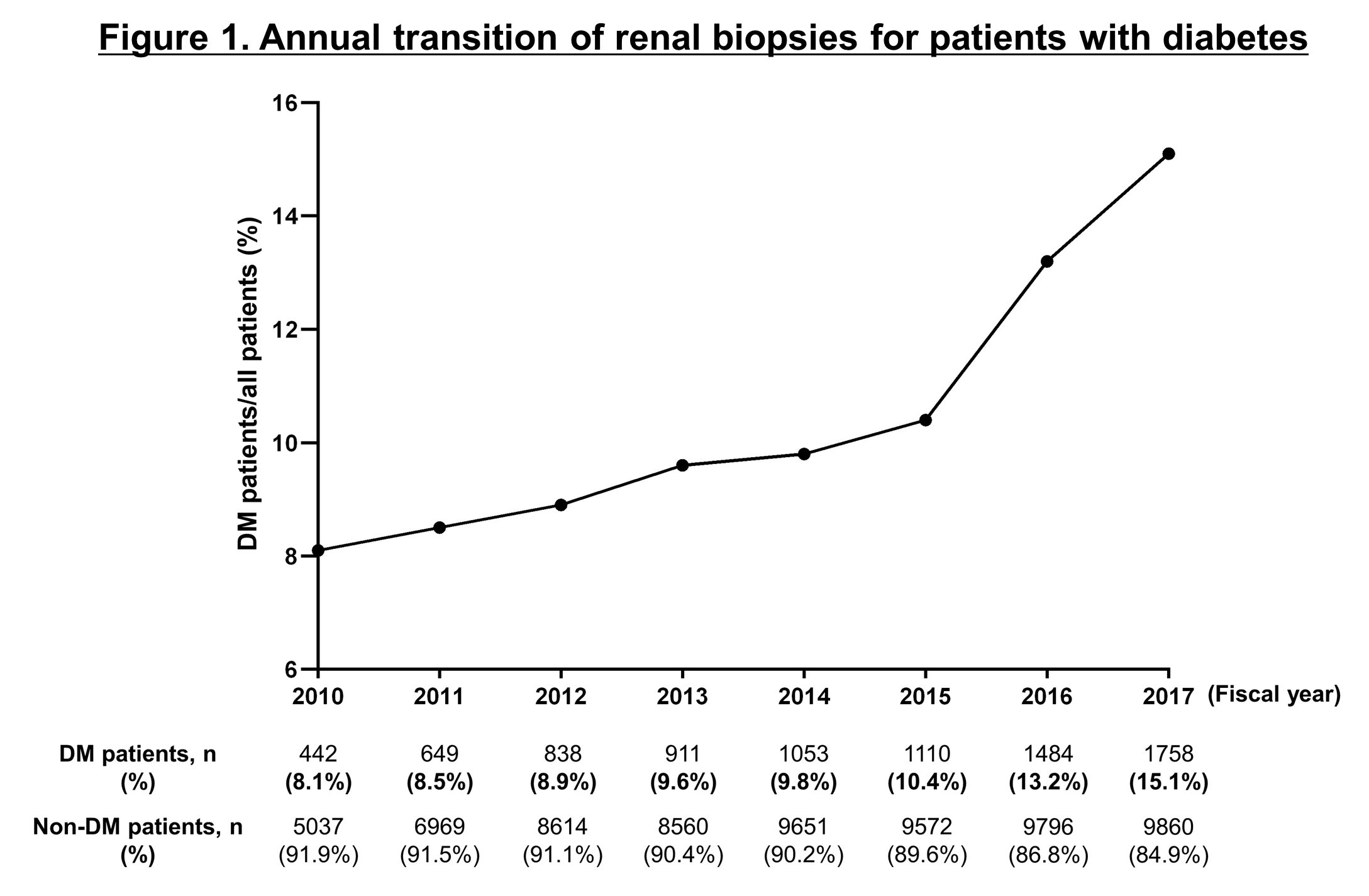