Vegetable or plant-based sources of protein may confer health benefits in children with progressive kidney disease. There is currently a knowledge gap in understanding the effect of different proportions of vegetable-based proteins on CKD progression in children.

The CKiD study is a multicenter, observational cohort of children with CKD. The Child Harvard Service Food Frequency Questionnaire (HSFFQ) was used to assess dietary intake. The proportion of vegetable protein (VP%) was defined as the fraction of plant protein to total protein intake. Statistical analysis used a mixed model with random intercept and slope to determine the effect on log-transformed changes in estimated GFR.

This dataset included 2000 records on 631 subjects with a baseline eGFR from 30 to 90 mL/min/1.73m2 calculated using CKiD Creatinine–Cystatin C 2012 formula. Across all dichotomized groups of children (sex, African American race, Hispanic ethnicity, etiology of CKD, hypertension, anemia, hyperkalemia, hyperphosphatemia, acidosis, BMI < 95th percentile) the median VP% was 32-35% regardless of group. Longitudinal mixed model analysis did not show any effect on eGFR due to changes in VP%.

Children with chronic kidney disease obtain about a third of their protein intake from plant or vegetable-based sources. More than 90% children in the CKiD cohort had a VP% that was less than 50% of total protein intake. Due to the narrow homogeneity of dietary patterns, there was no effect on the change in eGFR with changes in VP%. 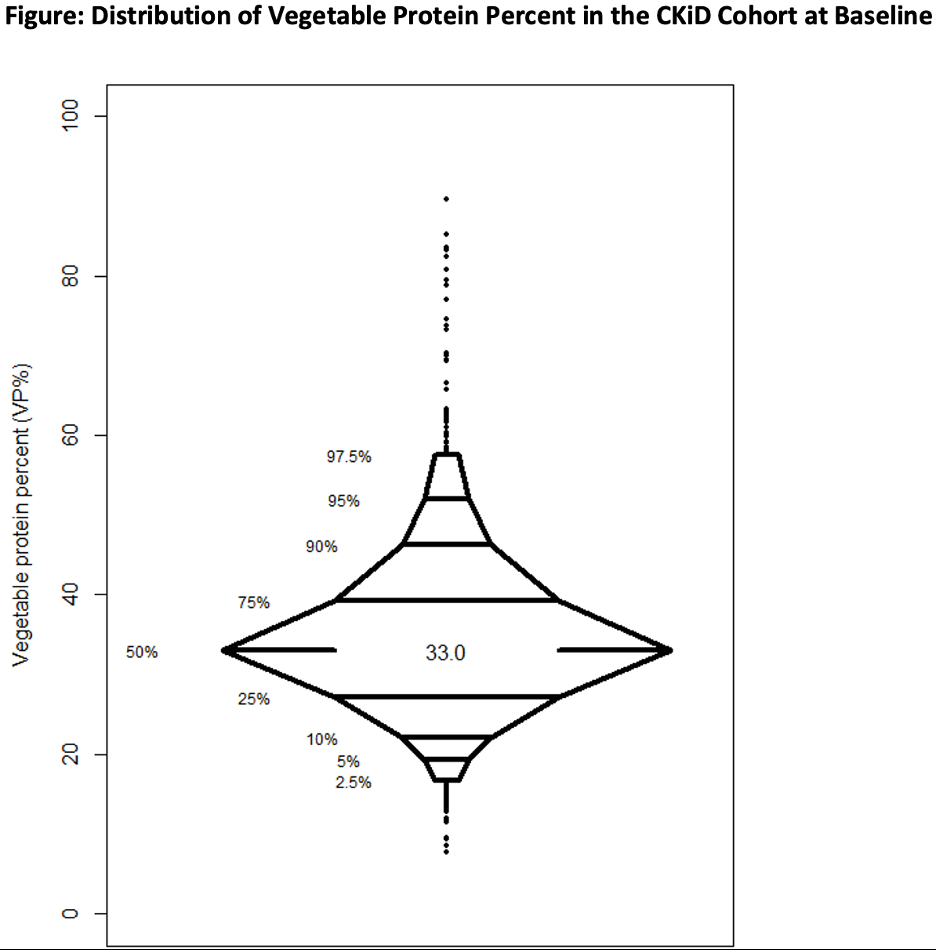