Using data from the Scientific Registry of Transplant Recipients, we identified 42,366 patients who experienced graft failure after their first KT and were listed for re-KT between 1990-2019. We treated re-KT as a time-dependent variable and used Cox regression to compare the risk of mortality between being listed for a re-KT and undergoing re-KT. We used the inverse probability weighting method to account for potential confounding. We also tested whether the risk of mortality differed by patient age at listing (18-64 versus ≥65 years) using a Wald test.

Our finding suggests that re-KT is associated with a significant survival benefit in younger and older patients. In addition, long-term outcomes in older re-KT recipients were reported comparable to those in older first KT recipients. Transplant centers should consider expanding re-KT to appropriate older adults. 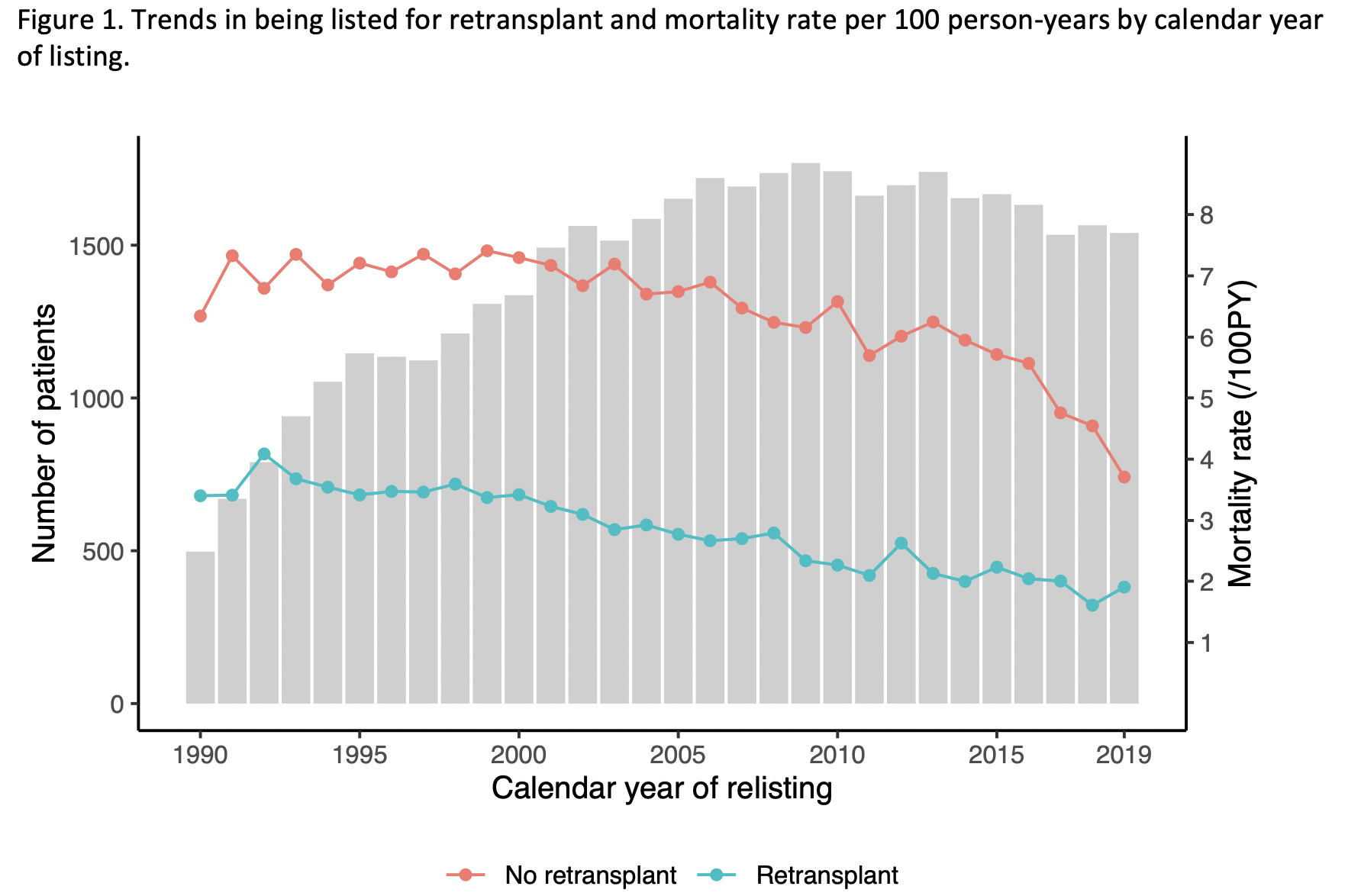