Arteriovenous Fistula Non-Maturation: Does the Immune System Play a Role?

Arteriovenous Fistula Non-Maturation: Does the Immune System Play a Role?

Crystal A. Farrington, DO

Arteriovenous fistula (AVF) non-maturation is a persistent problem, particularly among female and Black patients. The immune system promotes several vascular disease processes, but its contribution to AVF non-maturation has not been well-studied. We evaluated the association of serum panel reactive antibodies (PRA), a measure of immune system reactivity assessed in patients undergoing kidney transplant evaluation, with AVF non-maturation.

We identified 132 patients at our institution who underwent surgical AVF creation between 2010-2019 and had PRA testing within one year of AVF creation. Multivariable logistic regression was used to determine the association of patient demographic, clinical, and vascular factors with AVF maturation. Receiver operator characteristic (ROC) curves were generated to determine the predictive value of key variables on AVF non-maturation.

The novel association of elevated class II PRA with AVF non-maturation suggests a role for the immune system in AVF maturation outcomes, especially for female patients. 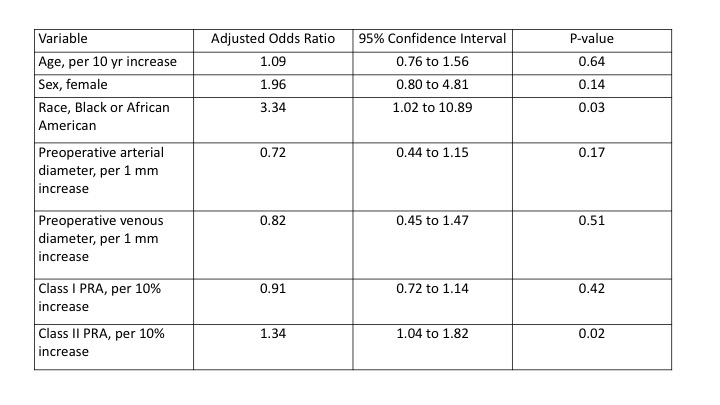 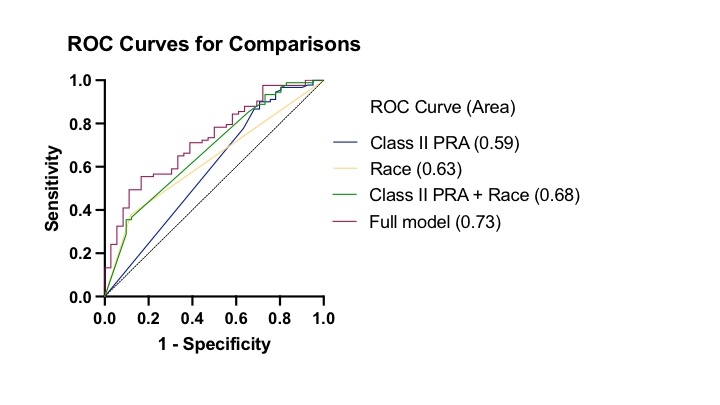