Among women with HIV (WWH), urine biomarkers of tubule dysfunction and injury allow detection of antiretroviral toxicity and prediction of CKD risk and mortality. However, risk factors for changes in urine biomarkers are unclear.

We assessed traditional and infection-related CKD risk factors and measured 14 urine biomarkers at baseline and at follow-up (median 2.5 years) among WWH in the Women’s Interagency HIV Study. We used simultaneously adjusted multivariable linear regression models to evaluate the associations of CKD risk factors with changes in biomarker levels concurrently. 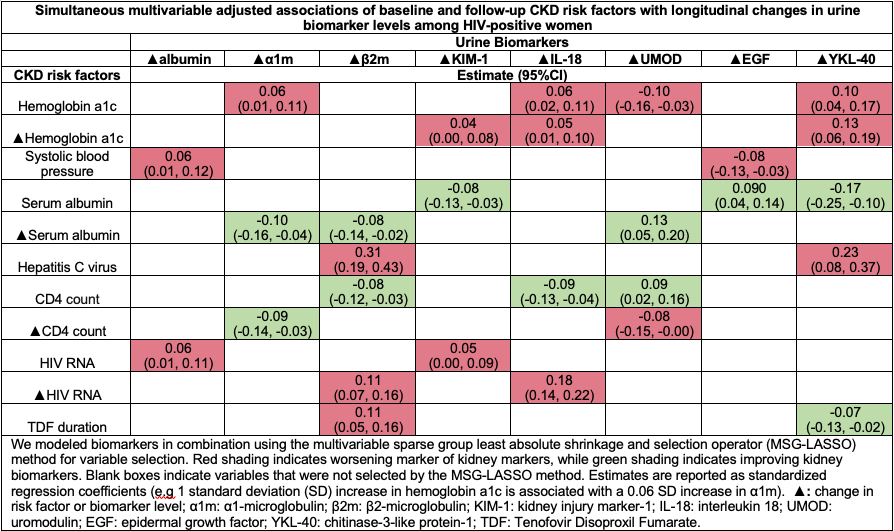 Showing 7 risk factors and 8 biomarkers selected based on prior literature.