The effects of the long isoform PDE4 activator MR-L22 (administered by oral gavage) were assessed in rapidly (iKspCrePkd1lox,lox induced at P10, treated from P14 to P27) and slowly progressive (Pkd1RC/RC, treated from 4 to 16 weeks of age) mouse models of ADPKD. Test groups were compared to control groups receiving vehicle alone or V2 receptor antagonist.

Small-molecule activators of long isoforms of PDE4 suppress cystic disease progression in key translational models of ADPKD and may be better tolerated and more effective than vasopressin V2 receptor antagonists. 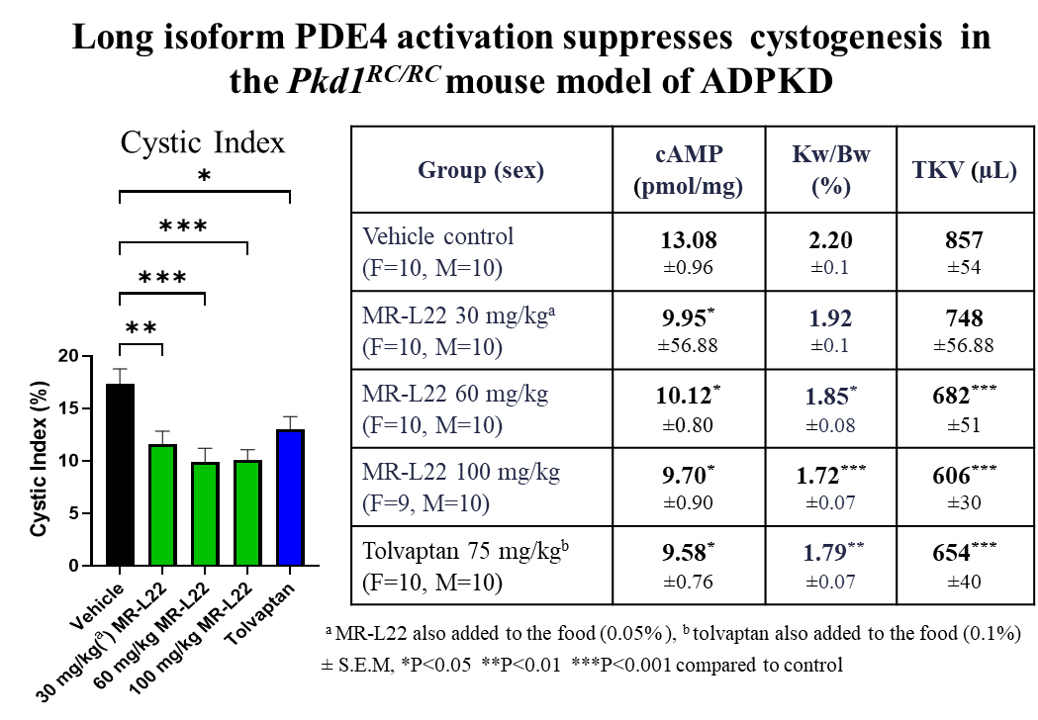