Obesity and adiposity are associated with progression and complications of CKD, partially by altering lipid metabolism and homeostasis. However, the phenotypic- and molecular-level mechanisms underlying these associations are not well understood. We identified adiposity/obesity related (AOR) CKD subgroups and examined potential mediation of CKD progression by plasma metabolites.

Among 1,529 CRIC participants with metabolomics data (Broad Institute) we applied consensus clustering with K-means on 20 adiposity-obesity and comorbidity parameters to identify CKD subgroups. We examined mediation effects by 634 plasma metabolites on the associations of patient subgroups with CKD progression using Aalen additive hazards models. For those statistically significant mediators, we estimated the HRs of CKD progression for each 2-fold increment in metabolite level using Cox model.

We identified 3 clinically meaningful CKD subgroups driven by participant adiposity/obesity profiles and metabolites that mediated the association with the risk of CKD progression. Our findings provide insights into the pathophysiological link between obesity and CKD progression and may indicate potential therapeutic targets. Replication in other populations is needed. 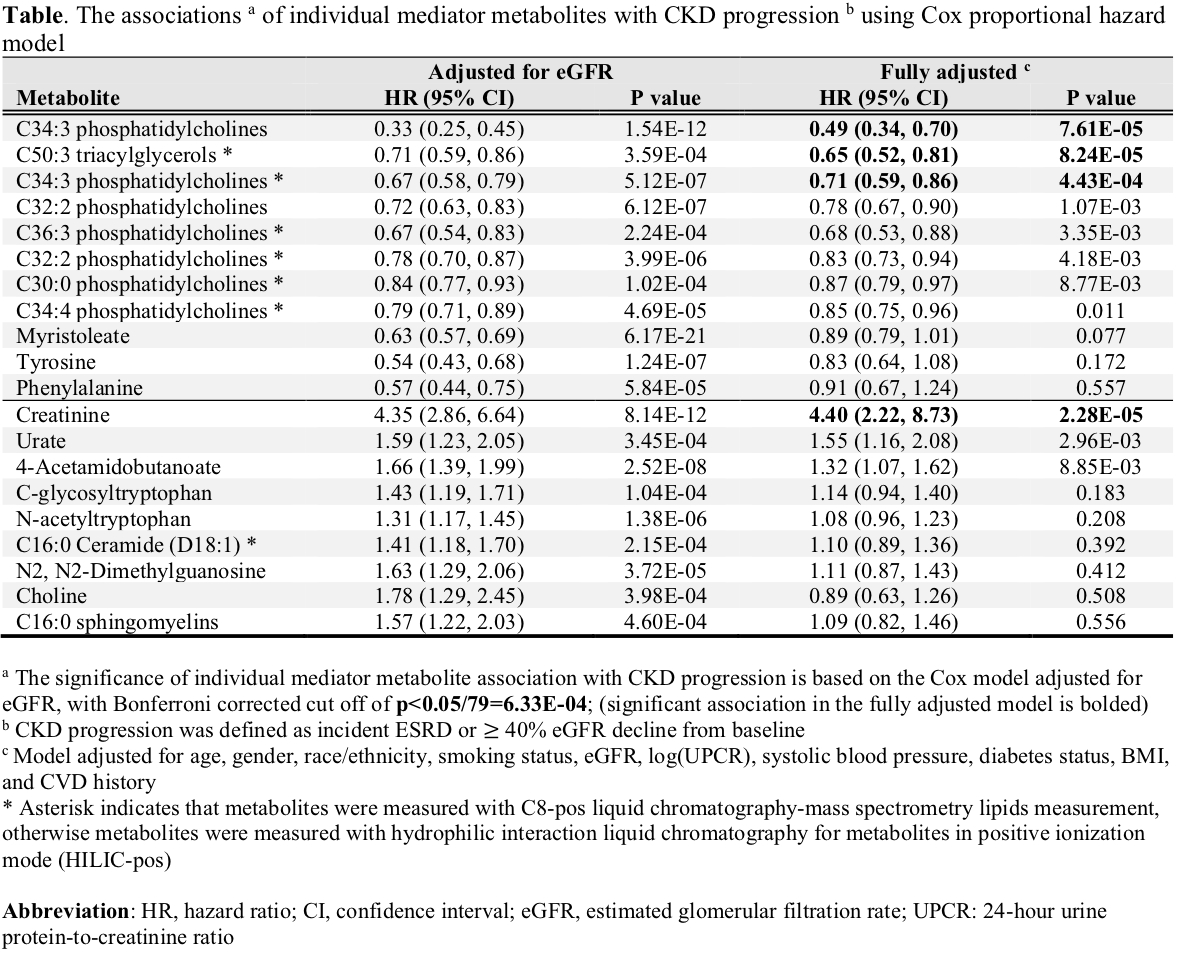