Iron-Related Outcomes in Patients with Dialysis-Dependent CKD Randomized to Vadadustat vs. Darbepoetin Alfa

Iron-Related Outcomes in Patients with Dialysis-Dependent CKD Randomized to Vadadustat vs. Darbepoetin Alfa

Vadadustat (VADA) is an oral hypoxia-inducible factor prolyl hydroxylase inhibitor being investigated for treatment of anemia due to chronic kidney disease (CKD).

A total of 1958 patients received VADA and 1965 received DA. VADA treatment was associated with greater decreases in mean hepcidin and ferritin, and increases in TIBC from baseline to the primary and secondary evaluation periods (Table). Mean serum iron decreased more in the DA than the VADA group from baseline to wk 24–36 and 40–52. Oral and intravenous iron use was similar in the 2 treatment groups throughout both studies. Similar results were seen in the non–DD-CKD populations (PRO2TECT studies).

The observed relative decreases in hepcidin and ferritin and the increase in TIBC are consistent with a VADA-induced facilitation of iron mobilization from intracellular stores that support erythropoiesis. 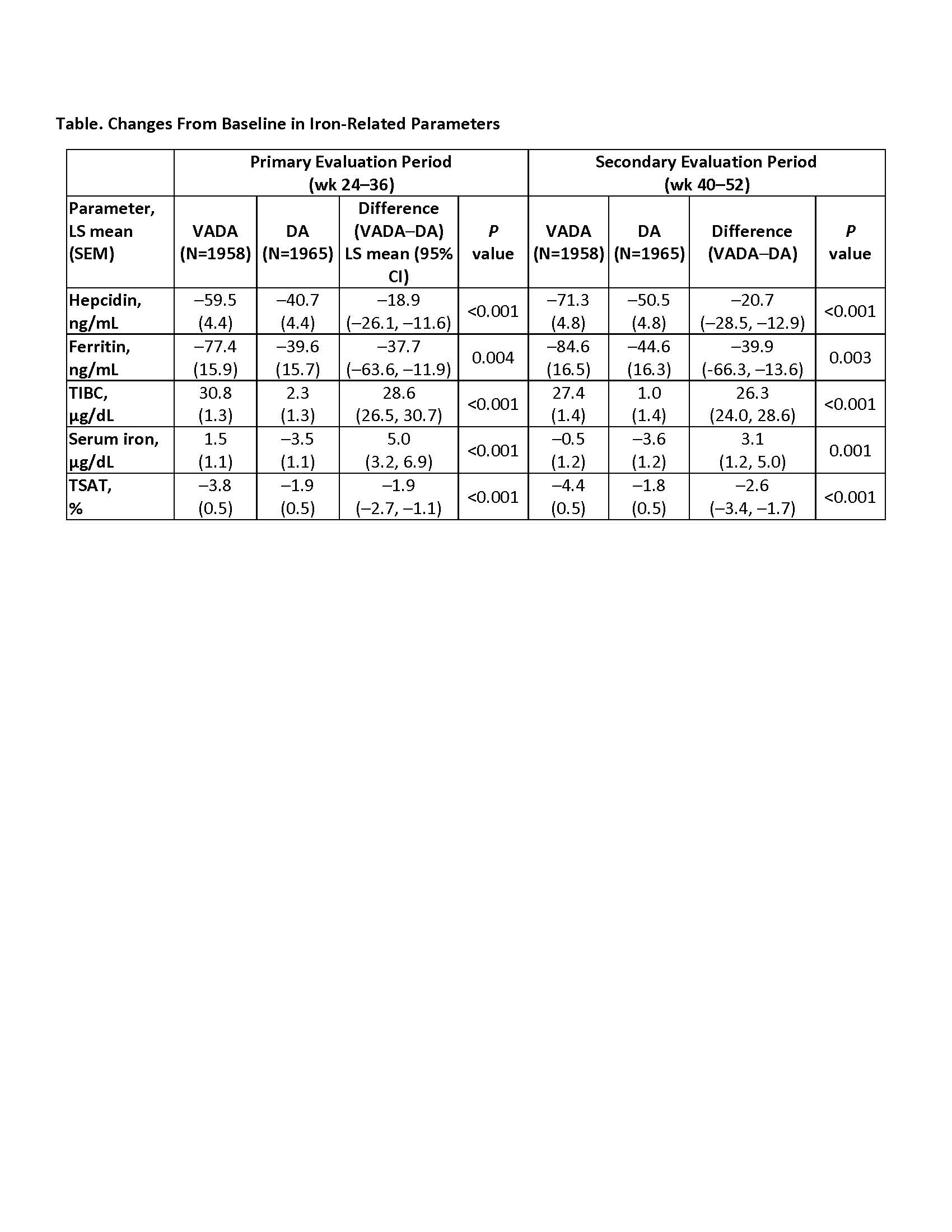