Postinfectious glomerulonephritis (PIGN) is the most common cause of GN in children. Mild normocytic anemia is often noted during the acute illness and is usually thought to be secondary to hemodilution from fluid overload and/or depressed erythrocytes production. Here, we describe a case of PIGN and autoimmune hemolytic anemia in a pediatric patient.

Our case of concurrent PIGN and autoimmune hemolytic anemia is exceptionally rare. This unique association may explain the anemia that is often seen in PIGN. We suggest that PIGN cases with anemia should have a DAT performed. 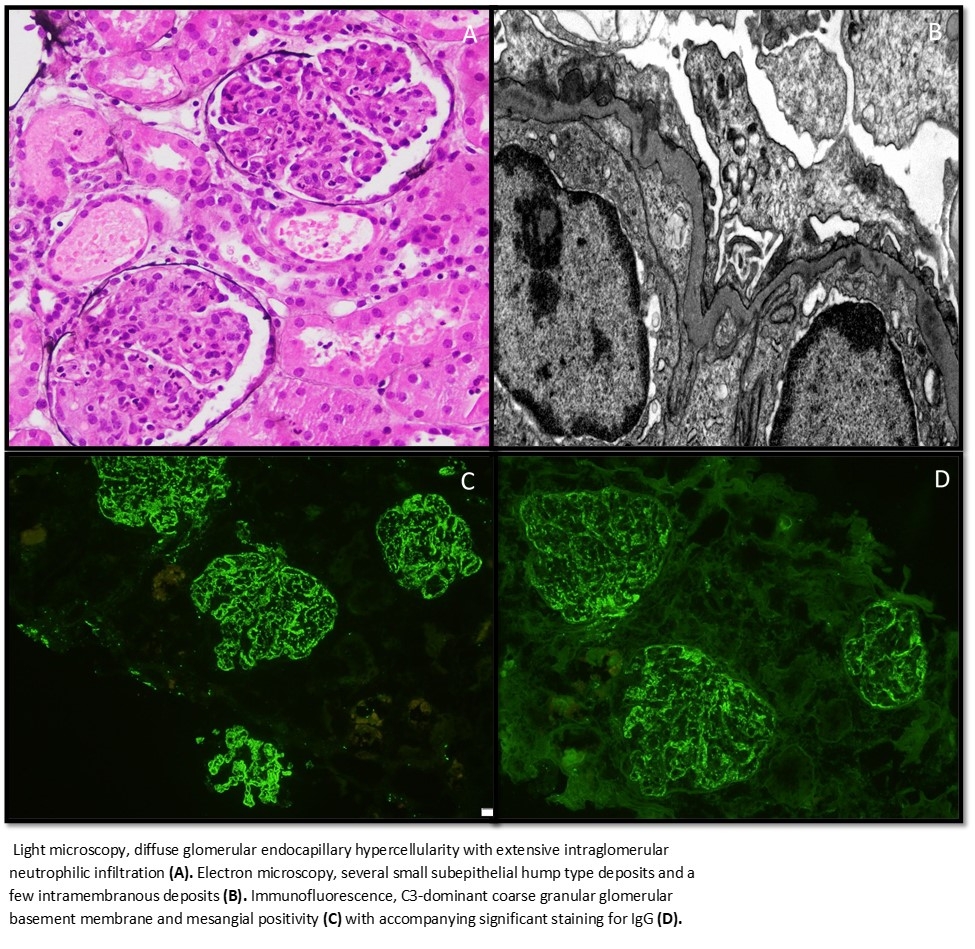