Kidney Allograft Torsion (KAT) is defined as a rotation of the renal allograft around its vascular pedicle. It is a rare complication with high rate of graft loss. The nonspecific presentation and inability to provide a definitive diagnosis by imaging, mainly in cases of partial torsion, often delay the diagnosis and treatment. We report a case of recurrent complete torsion of the renal allograft after simultaneous kidney and pancreas transplantation (SKPTx), requiring two emergency exploratory laparotomies.

A 38-year-old woman with a history of intraperitoneal SKPTx underwent two separate emergency exploratory laparotomies secondary to complete renal allograft torsion, respectively seven and eleven months after the transplant. In both episodes, no adhesions were encountered. During the first operation, nephropexy was performed. During the second operation, an abdominal wall mesh was placed and fixed to the abdominal wall. Acute kidney injury (AKI) related to KAT recovered in both occasions with a creatinine of 1.3 mg/dl at four months follow-up.

Renal torsion should be always suspected in intraperitoneally placed kidneys presenting with nonspecific symptoms, abdominal pain, oliguria and worsening kidney function. Surgical exploration should be considered to salvage the renal graft. This case illustrates the reversibility of a severe injury related to this vascular complication with an adequate return to baseline kidney function even when diagnosis and surgical treatment of KAT might be delayed secondary to its misleading clinical presentation. 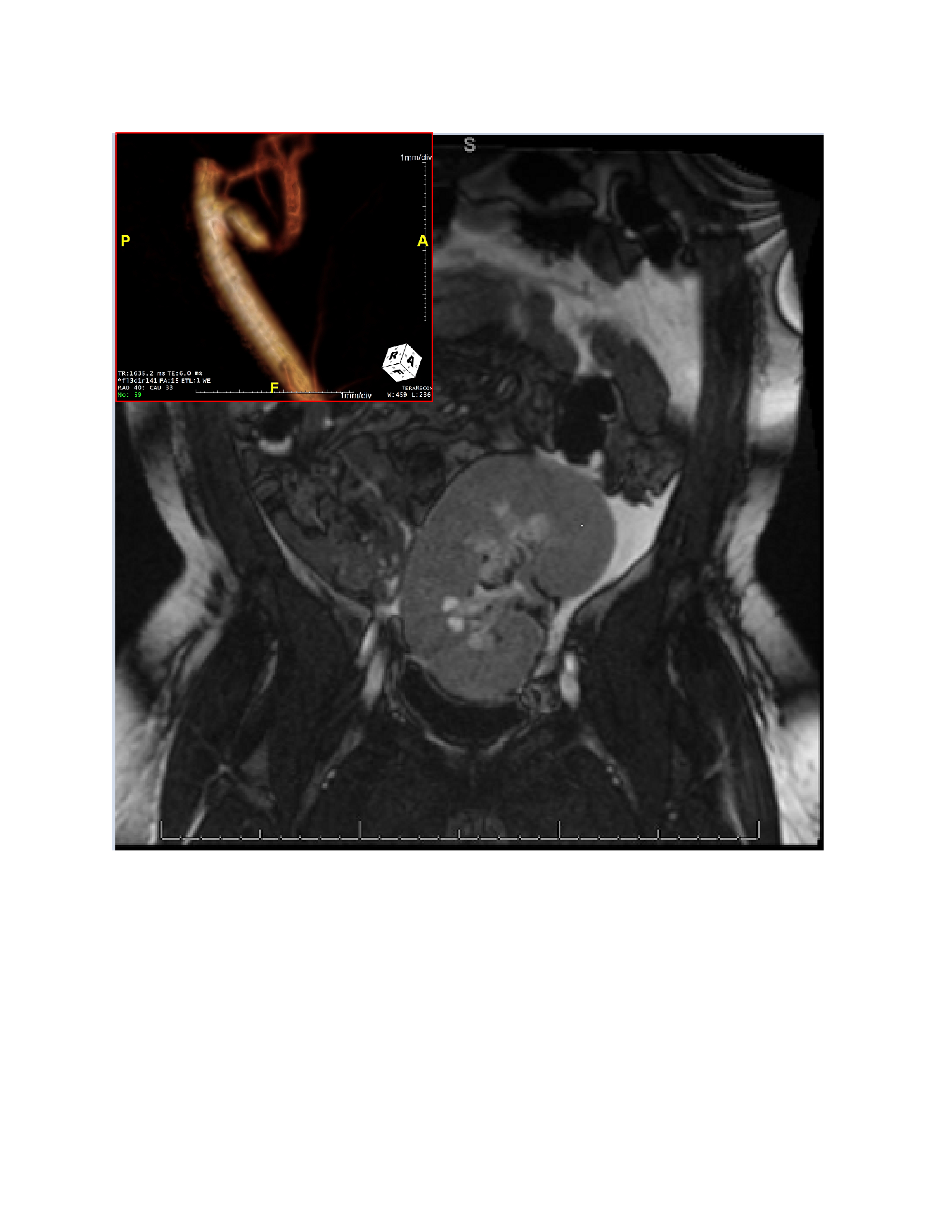