Amyloid of Another Kind: The Unexpected Fat Pad Biopsy

Amyloid of Another Kind: The Unexpected Fat Pad Biopsy

A 52 year old male with a history of insulin dependent diabetes and stage 3 CKD was evaluated for nephrotic-range proteinuria. He endorsed weight gain, peripheral edema and dyspnea. Physical exam revealed anasarca. He reported a history of amyloidosis in his father. Due to the combination of proteinuria, anasarca and positive family history, a workup for systemic amyloidosis was initiated.

Initial serum and urine electrophoresis were non-diagnostic. Urine protein to creatinine ratio was 2610 mg/g. Kappa and lambda ratios were unremarkable. After a rheumatologic workup including ANA, c-ANCA and p-ANCA was negative, an abdominal fat pad biopsy was performed.

The fat pad biopsy revealed deep dermal granulomatous vasculitis and vessel damage with extravasated blood. A Congo Red stain showed apple green birefringence on polarization. The site of the fat pad biopsy had no gross abnormalities such as hard masses or skin irregularities. Amyloid typing by liquid chromatography was positive for insulin-type amyloidosis.

This case demonstrates a novel clinical and histologic presentation of insulin-type amyloid. By our research, this is the second case report that has discovered insulin type amyloid during the diagnostic workup for systemic amyloid. This finding suggests that a fat pad biopsy be avoided at insulin injection sites. If a patient with insulin dependence has a positive fat pad biopsy we suggest confirmation of the specific amyloid type in order to rule out insulin type amyloidosis. 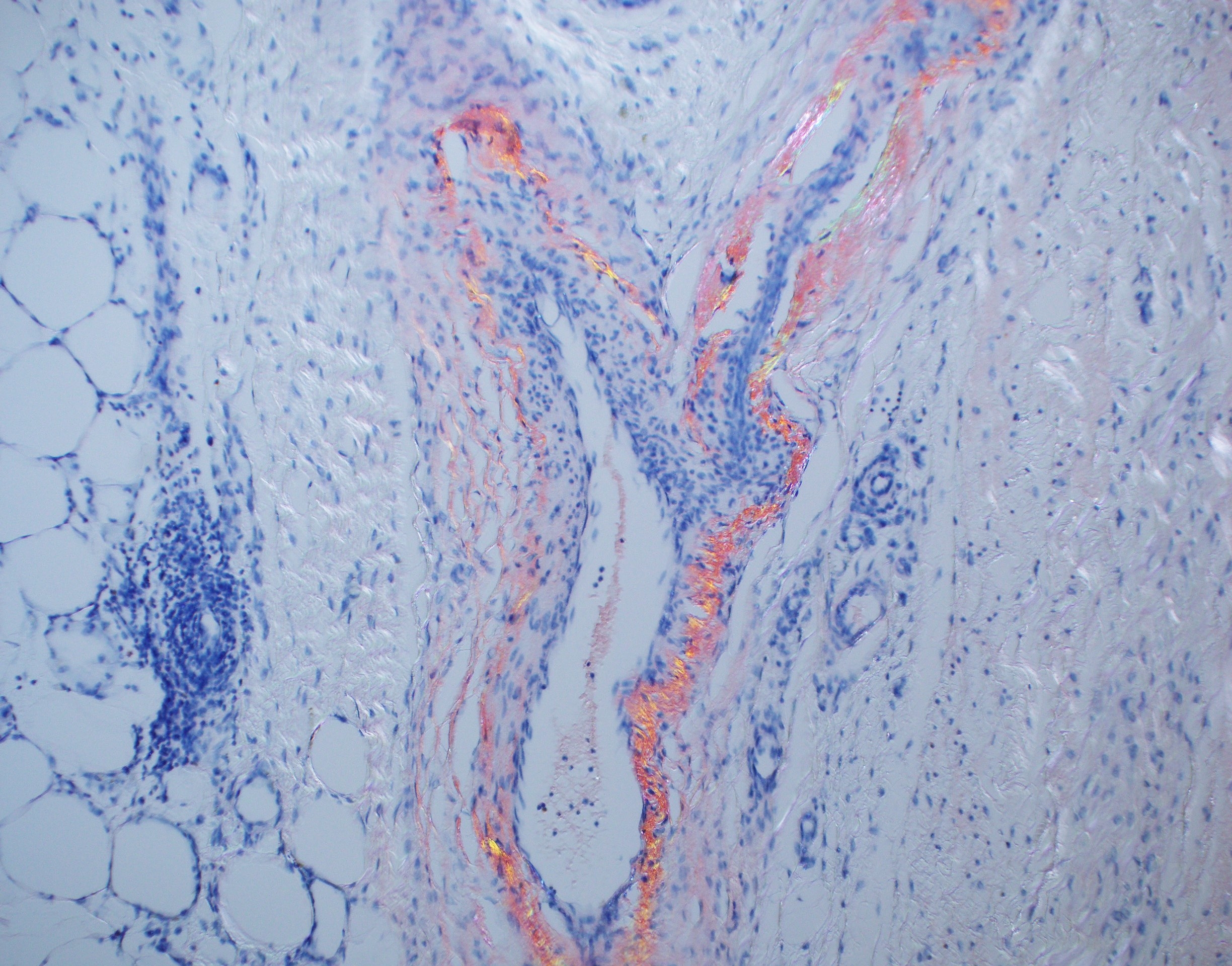