Donor derived cell free DNA (dd-cfDNA) is a biomarker that helps to predict acute rejection in kidney allografts. Baseline dd-cfDNA levels are <1% in 96% of kidney transplant recipients (KTRs) and a value ≥ 1% suggests allograft injury usually from acute rejection. dd-cfDNA levels <1% are considered as normal. We tested whether low-normal vs. high-normal baseline dd-cfDNA values would have differing impact on longitudinal allograft function.

We identified patients who underwent kidney transplantation at our center between September 2017 and June 2020 and had dd-cfDNA (AlloSure, CareDx, Brisbane, CA) levels under the surveillance protocol at or around 8 weeks post-transplantation. Those KTRs with dd-cfDNA levels <1.0% were included in the analysis. Patients were divided into 2 groups based on the dd-cfDNA levels : group 1 with dd-cfDNA <0.5% (low-normal) and group 2 with dd-cfDNA 0.5-0.99% (high-normal). Estimated glomerular filtration rates (eGFR) between the groups at 3 month intervals were compared using box plots and longitudinal eGFR up to 2 years post-transplant were compared between the groups using lineal mixed model. 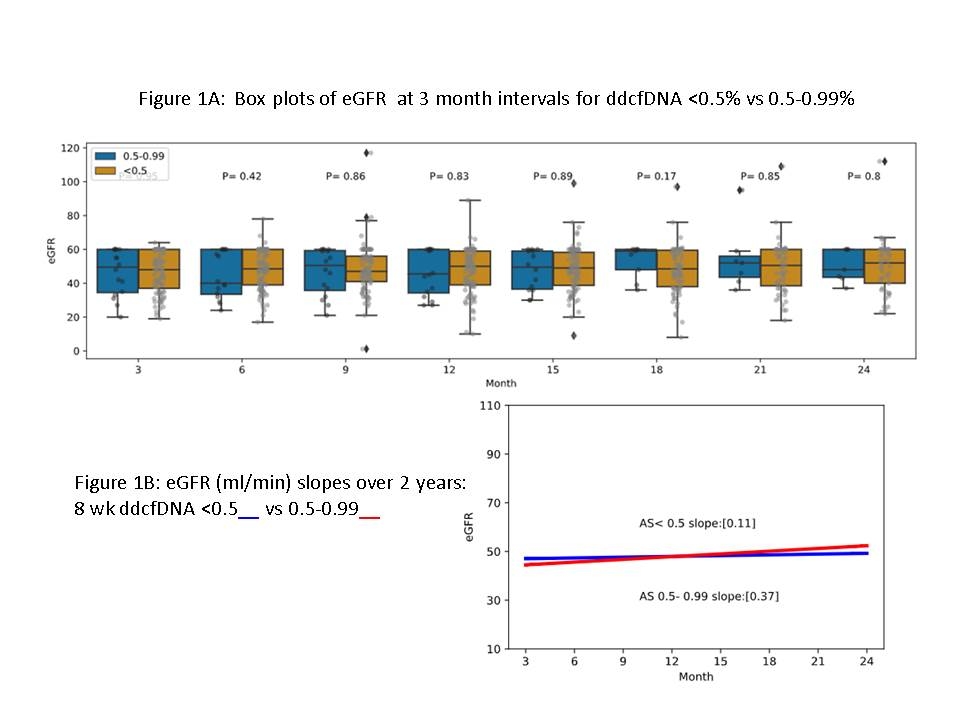