56 year old African American male with ESRD secondary to FSGS with history of LDKTXP in 2010 complicated by recurrent FSGS, BK viremia and chronic TCMR resulting in allograft failure and return to hemodialysis. He underwent DDKTXP in April, 2021 with rATG induction. He was noted to have slow graft function, serum creatinine trended down to 2.58 on post-op day 7 however again started to rise associated with fever and fatigue. PCR for BKV, EBV, CMV, COVID 19, influenza A and B remained negative.. Adenovirus DNA was detected in sputum, urine and blood on post-op day 13. The patient underwent allograft biopsy on post-op day 16 which revealed severe necrotizing interstitial nephritis consistant with adenovirus nephropathy and early AMR (diffuse C4d positivity in peritubular capillaries with mild to moderate peritubular capillaritis, c4d3, ptc1-2). MMF was held, he received 5 plasmapharesis sessions and total of 1.1 g/Kg IVIGs. Cidofovir 1mg/Kg was staretd on alternate days. His course was complicated by anuric renal failure requiring return to hemodialysis. No evidence of donor associated ADV could be established.

The case highlights the importance of distinguishing adenovirus interstitial nephritis from acute allograft rejection on biopsy .
The case also highlights the dilemma of treating adenovirus interstitial nephritis and AMR concomitantly.
Our patient has history of prior kidney transplant which is a risk factor for ADV infection. Viral infection of allograft predisposes it to rejection by stimulating various immune pathways 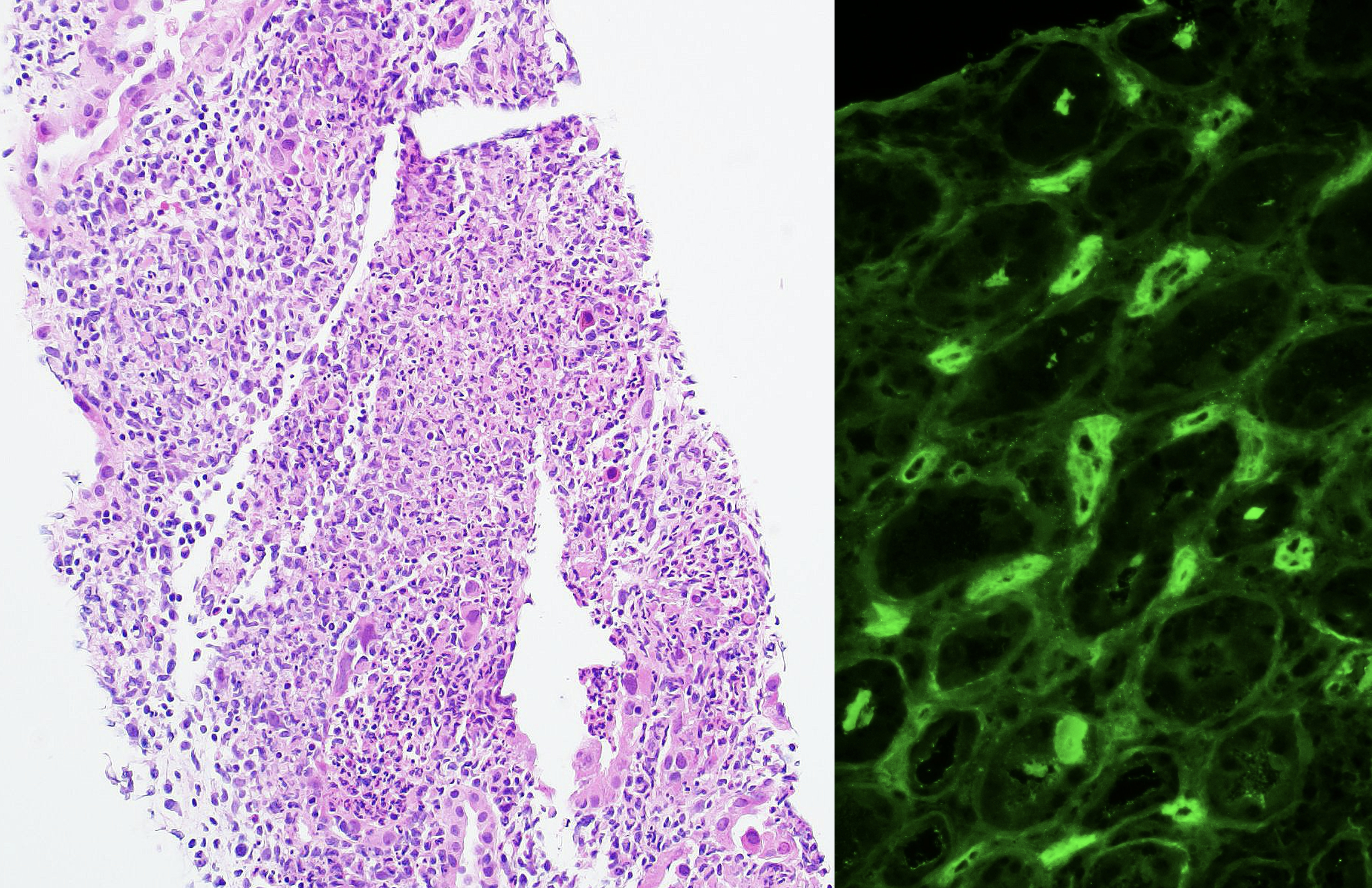