Nonsense mutant clones of each targeted genotype were obtained with the desired single base pair mutation and lacked expression of full-length protein. Fewer than 5% of isogenic control organoids formed cysts compared to > 80% in untreated mutant organoids. Treatment of mutant organoids with ERSGs reduced cystogenesis to < 20% and slowed the rate of cyst expansion in a dose-dependent manner. Treatment associated toxicity was not significantly detected at efficacious doses.

CRISPR base editing enabled rapid generation of an ADPKD organoid cohort with patient targeted nonsense mutations. The data suggest that read-through by ERSGs is a viable therapeutic approach for reducing cystic burden in a large subpopulation of patients with ADPKD, supporting the advancement of ERSGs in human clinical trials. 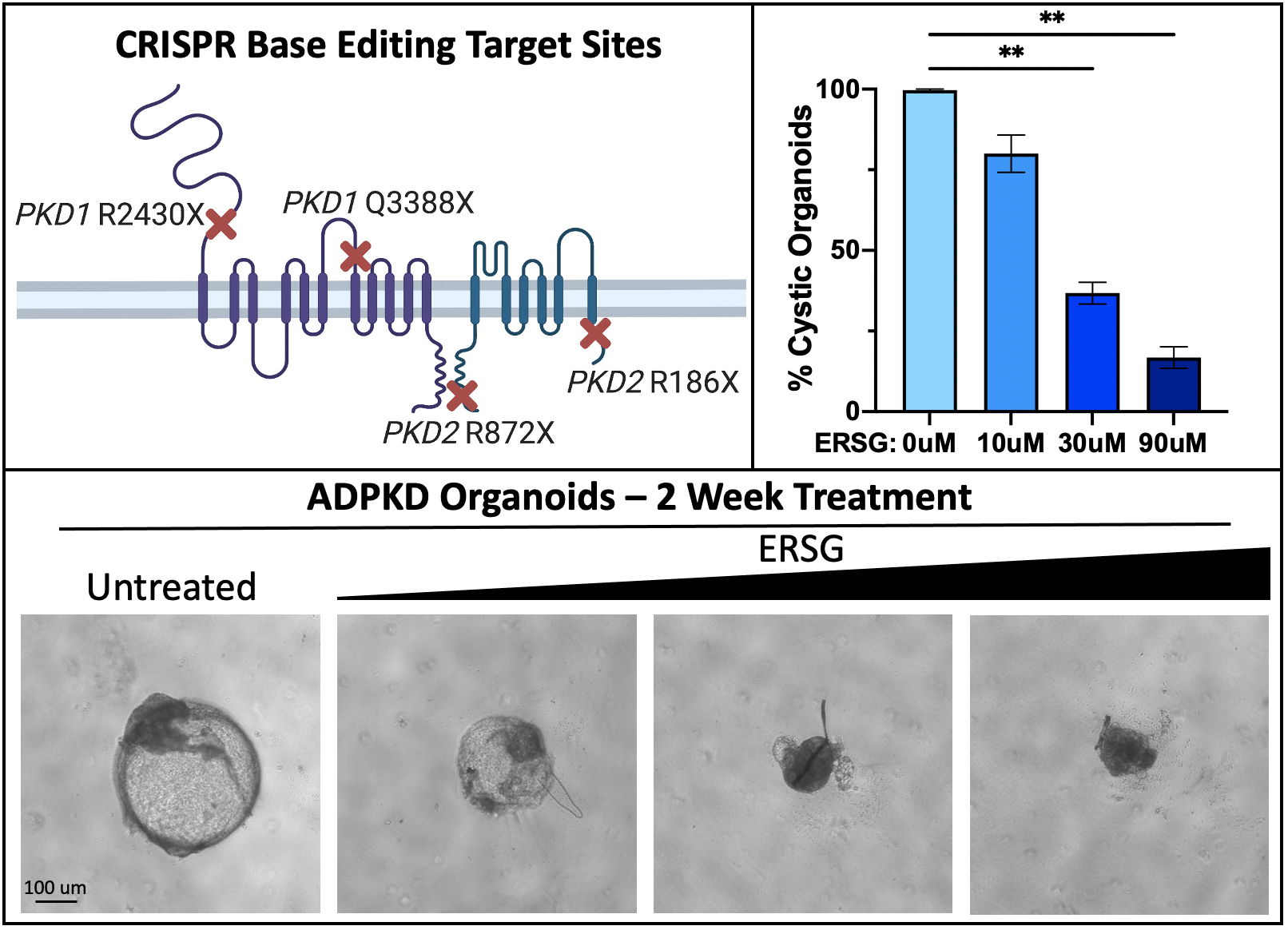