Transcriptional profiling of collapsing glomerulopathy lesions is difficult since only a few glomeruli may exhibit this histology within a kidney biopsy. Therefore, we used recently developed spatial transcriptional profiling to quantify 1,852 transcripts in individual glomeruli from HIV and SARS-CoV-2 infected patients with biopsy confirmed collapsing glomerulopathy. 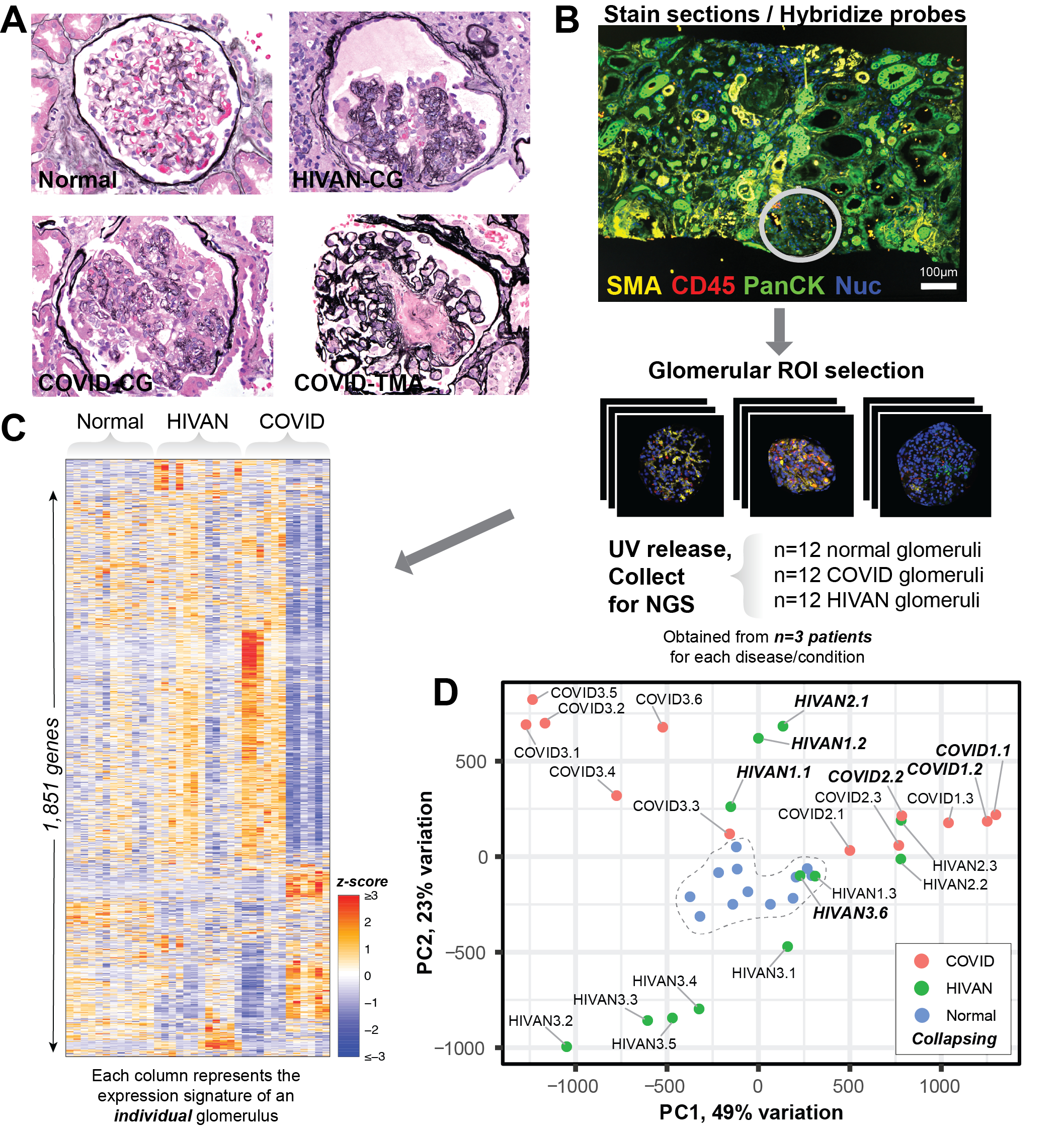