Social Determinants of Health and Estimated GFR in the MDRD Study

Social Determinants of Health and Estimated GFR in the MDRD Study

Use of race in medical algorithms is facing increasing scrutiny. One concern is that race differences do not reflect biological differences, but rather differences in social determinants of health (SDH). The MDRD Study equation was the first eGFR equation to include race [self-identified and categorized as Black vs non-Black] in addition to age, sex and serum creatinine (Scr), due to observed differences between Black and non-Black individuals in mean measured GFR (mGFR) (1.21 times higher with the same age, sex and Scr) and mean Scr (17.1% higher for the same age, sex and mGFR, accounting for mGFR measurement error). Subsequent analysis suggested higher mean creatinine excretion and lower mean creatinine secretion in Black individuals. Here we explore the impact of SDH on the Black race coefficient in the MDRD Study equation and on the racial difference in observed Scr in the MDRD Study.

SDH and related variables included income, household size, education, employment, marital status, dietary protein and creatinine excretion. We examined the magnitude of the Black race coefficient and the observed race difference in Scr without and with adjustment for SDH variables.

Among the 1628 participants at baseline visit 3, mean mGFR was 40 (range 5-168) and 12% were Black individuals. There were significant differences between Black and non-Black individuals for all SDH except dietary protein. Addition of SDH (Figure) did not substantially alter the Black race coefficient in eGFR (left) or the race difference in mean Scr (right).

We were not able to show that these SDH account for the observed race differences in the relationship between mGFR and Scr in the MDRD Study. Key limitations include availability of SDH variables, residual confounding between race and SDH, and a single study of patients with CKD from 30+ years ago which may not reflect a more contemporary diverse population. These results do not detract from concerns for use of race in GFR estimation. 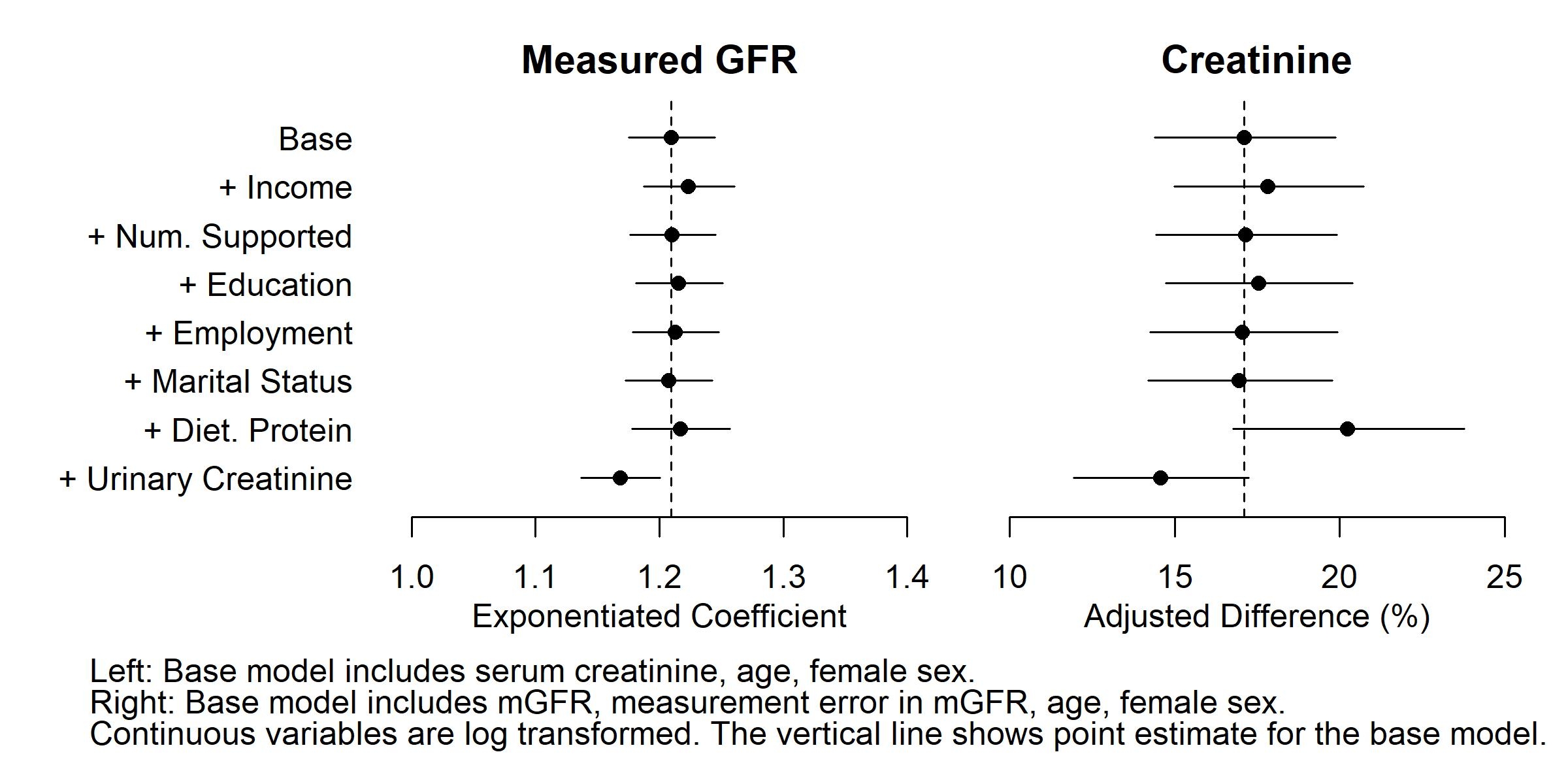