We previously developed and validated an equation to estimate urine volume from spot urine creatinine, demographic variables, and body weight in patients with kidney disease. We hypothesized this equation could accurately estimate daily urine output in outpatients with nephrolithiasis.

Among persons submitting specimens to Litholink Laboratories between May 2013 and January 2016, we identified 19,884 individuals who had two 24 hour urine collections on consecutive days, with creatinine excretion rates ±10%. We used Pearson correlations and Bland-Altman analysis to evaluate equation estimated with measured urine volume on the first of the two 24 hour urine collections. We also tested the equation’s test characteristics to accurately identify producers >2L/day; a guideline directed urine output goal among stone formers.

A simple equation using urine creatinine, demographics and body weight can predict urine flow rate among patients with nephrolithiasis. The equation may provide a tool to enhance diagnostic accuracy in the urinary risk factors for stones, and to identify patients among whom efforts to increase hydration could be targeted to diminish risk of stone recurrence. 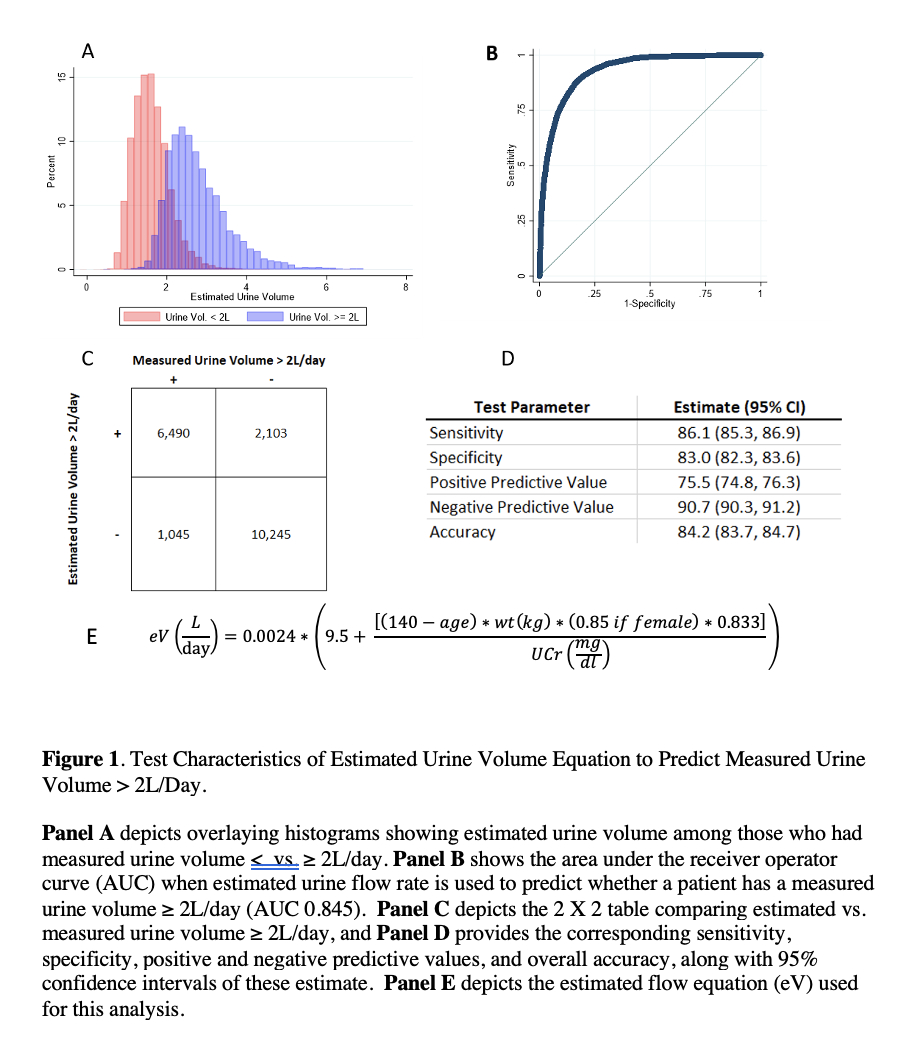