Kidney EC (n=5,464) collected from 6-, 11-, and 20-week-old BTBR ob/ob mice and lean littermates were analyzed by scRNASeq using SmartSeq2. By a combination of established markers, immunofluorescence, and in situ hybridization, we ascribed anatomical identity to EC clusters assigned by Pagoda2, assessed their individual transcriptional changes during disease progression, and performed Ingenuity Pathway Analysis.

Using high-resolution scRNASeq, our study provides insight into the complexity and diversity of responses in different EC compartments during progression of DN, which may help pinpoint new therapeutic targets. 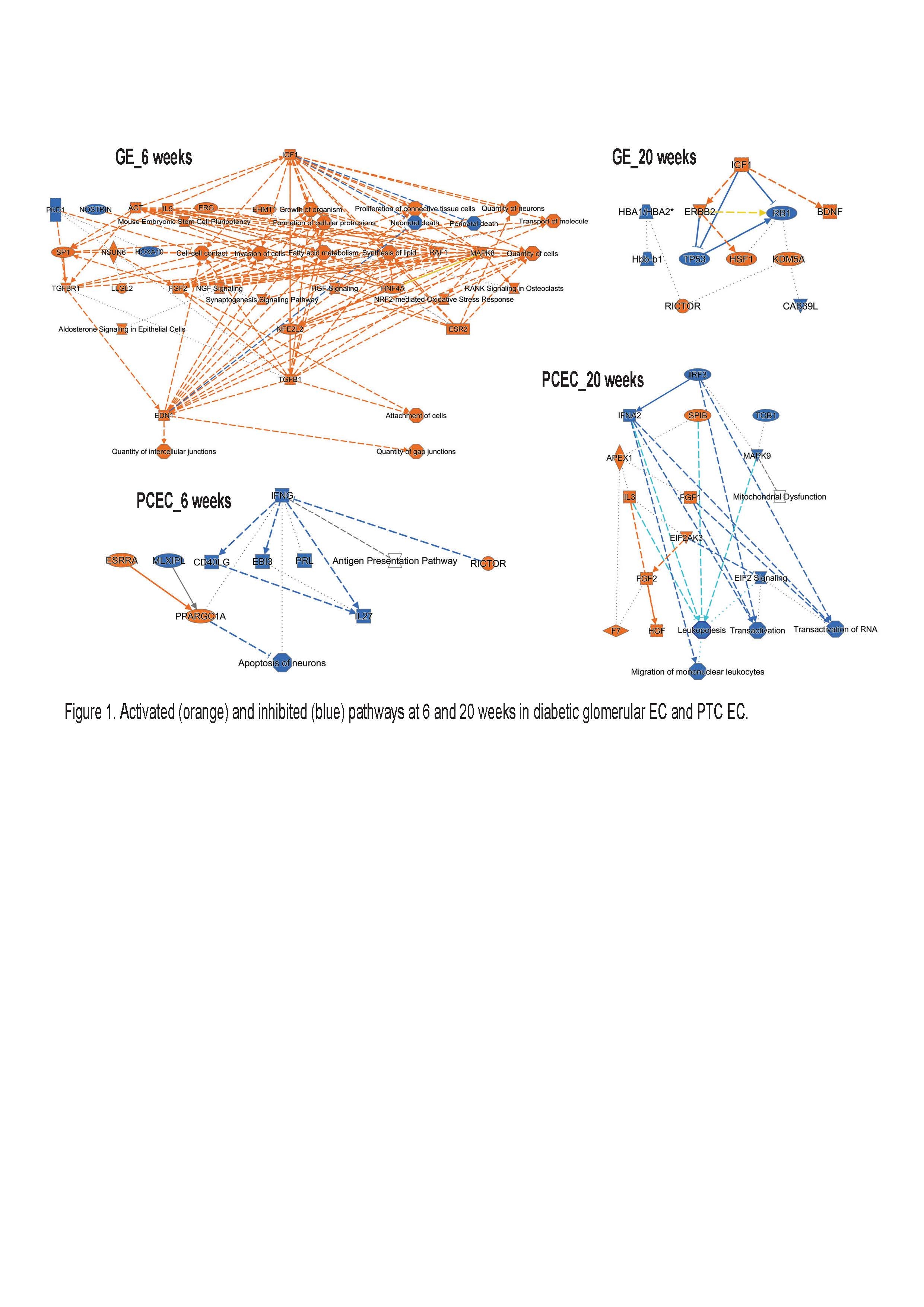