Despite standard therapy (ST) for LN, only 20–40% of pts achieve Complete Renal Response (CRR) at 0.5–1 year and 20–25% relapse in 3–5 years. The aim of this study was to assess effects of BEL on renal outcomes in relapsed and newly diagnosed pts with LN. 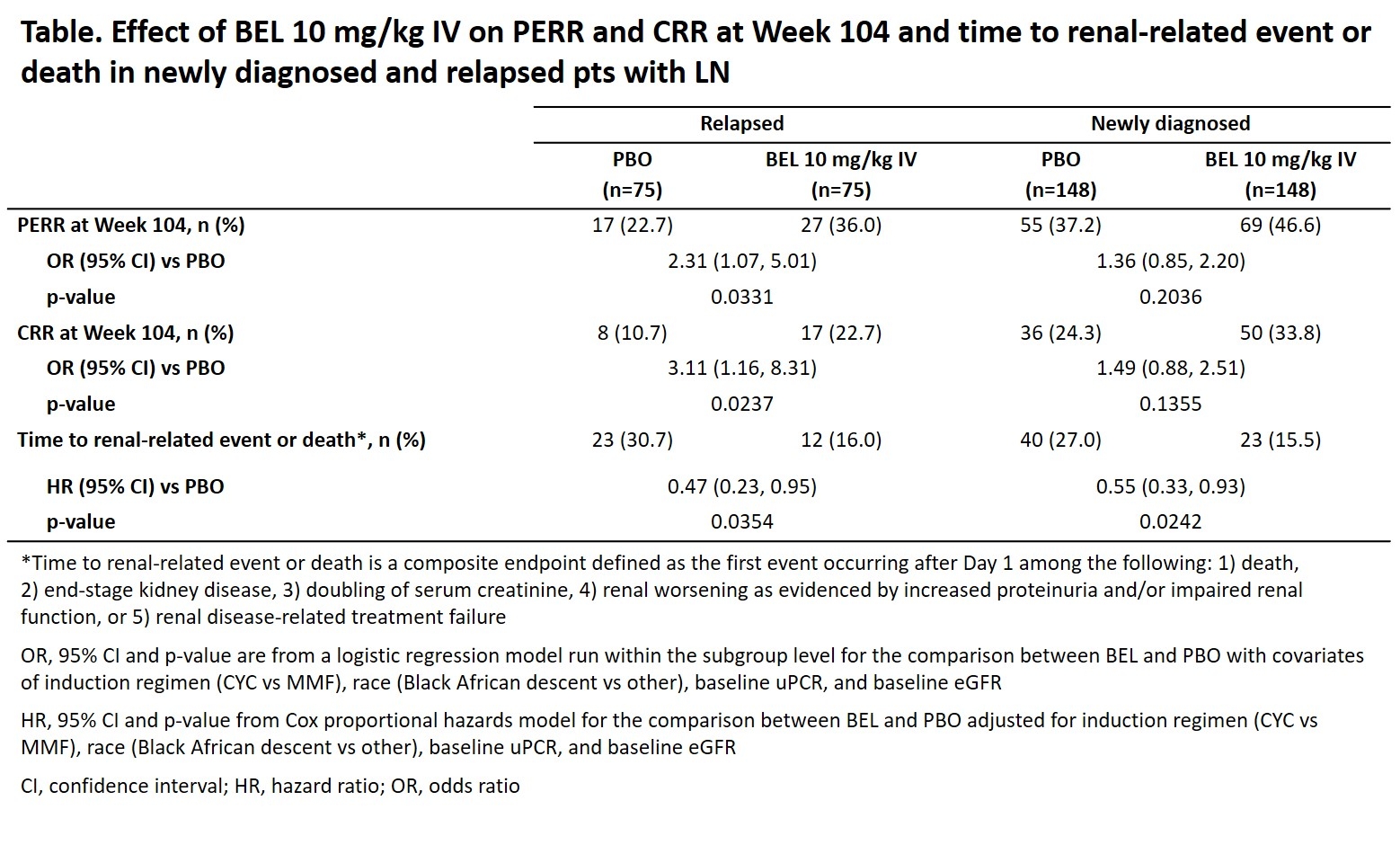