Pruritus in Hemodialysis (HD) Patients: Course of Symptoms After 12 Months

Pruritus in Hemodialysis (HD) Patients: Course of Symptoms After 12 Months

The burden of chronic kidney disease-associated pruritus (CKD-aP) on HD patients has been well-established, including its association with adverse clinical events and patient-reported outcomes (PROs). However, prior studies have focused on a single baseline CKD-aP assessment, and have thus not investigated the course of CKD-aP severity over time.

We included 8178 HD patients across 21 countries in the Dialysis Outcomes and Practice Patterns Study (DOPPS) who had 2 CKD-aP assessments 12 months (±6 months) apart. CKD-aP intensity was assessed by a single question on the KDQOL-36 asking about the extent patients were bothered by pruritus over the past 4 weeks (5 categories; Figure 1). We stratified responses at month 12 by baseline responses.

Our findings suggest that at least half of chronic HD patients were affected by CKD-aP over the course of 1 year. CKD-aP symptoms remained unresolved 12 months later for the majority of HD patients bothered by itchy skin at baseline, reflecting an unmet medical need. Future research should investigate potential causes of CKD-aP symptoms more systematically as well as treatments used and their effectiveness. This will also highlight how changes in CKD-aP intensity may impact other key PROs. 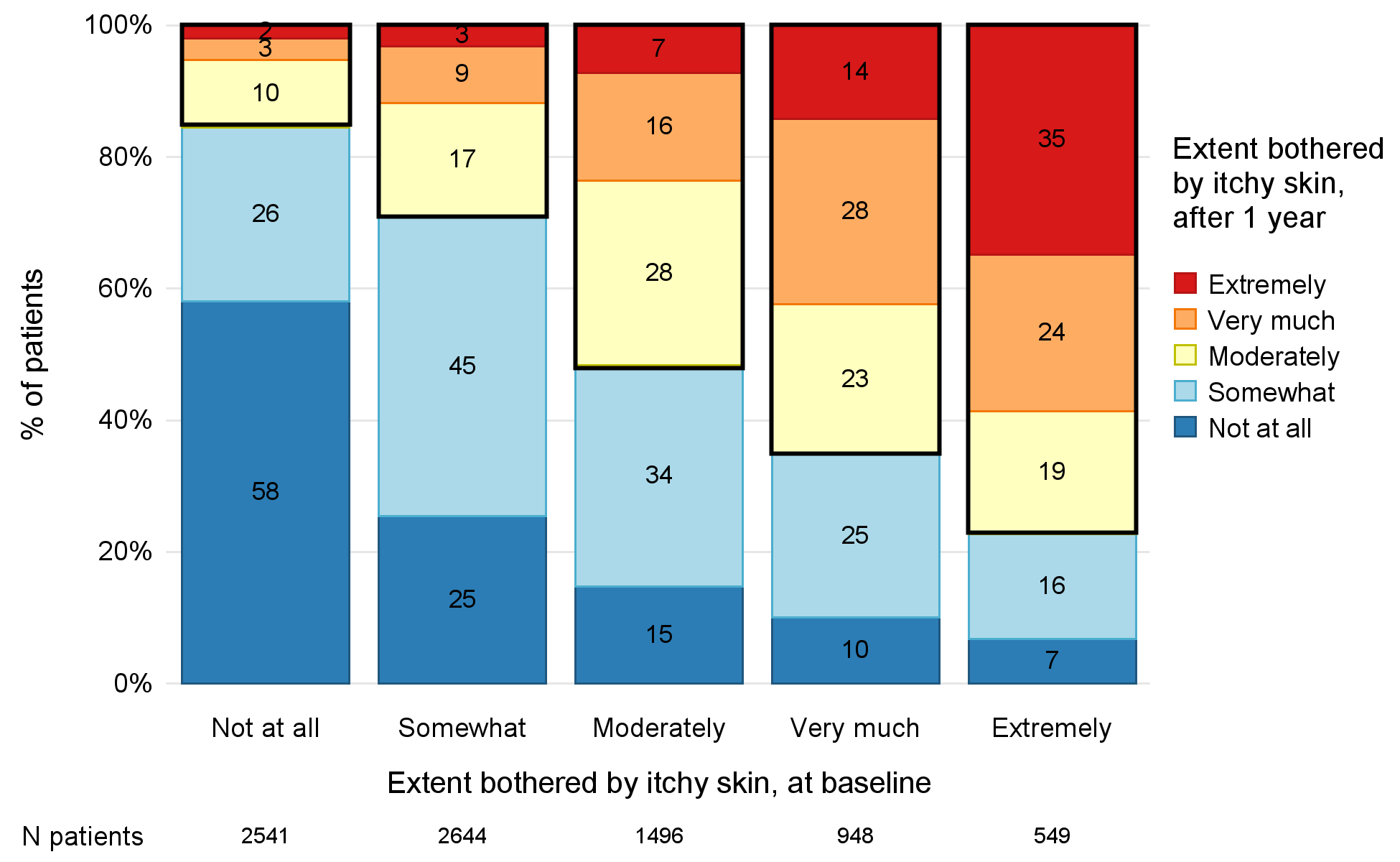