Enfortumab vedotin is a novel antineoplastic agent in the management of advanced urolthelial cancers. While hyperglycemia has been reported, diabetic ketoacidosis and AKI are rare.

Enfortumab vedotin comprises antinectin-4 antibody and a microtubule-disrupting agent monomethyl auristatin E (MMAE). The drug binds to Nectin-4, expressed on tumor cells, with high affinity, which induces the internalization of MMAE and leads to subsequent cell apoptosis through impaired cell division. Dermatologic toxicity occurs from drug binding to Nectin-4 expressed on normal skin cells. AKI was reported in 1% of patients of the phase 2 trial but not in the phase 3 trial. Nectin-4 protein is expressed and can be stained in renal tubular epithelial cells. While DKA may have contributed to our patient’s tubular injury, direct tubular toxicity may be possible and requires further research. Physicians prescribing Enfortumab vedotin should be aware of this potential side effect. 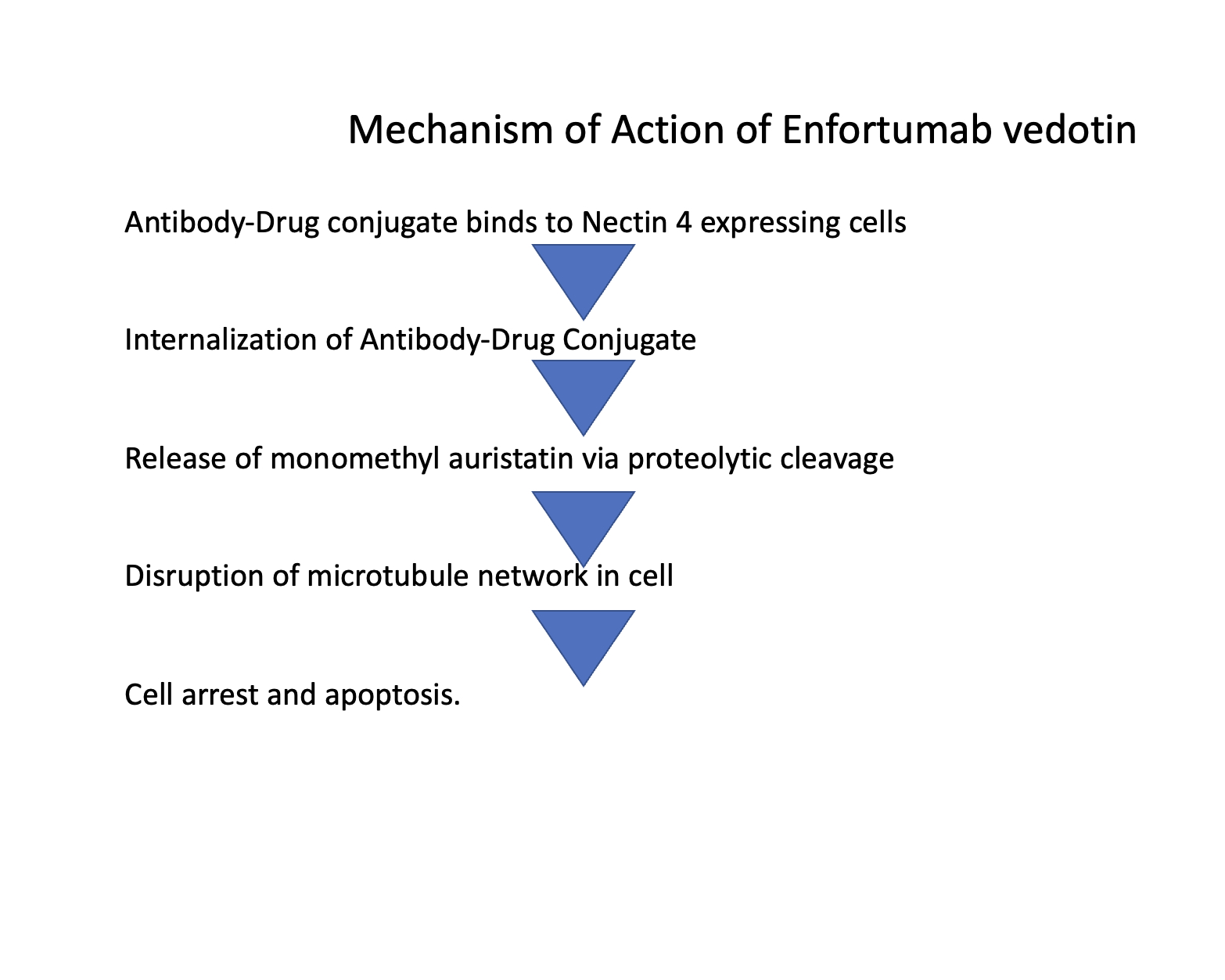